The celebration of the holiday season has begun….

The night before last was the lighting of the big tree in downtown Vista and the arrival of Santa Claus.

It was nippy out for a Southern California evening and the crowds were light.  The kids waiting for Mr. Claus were excited and happy, though, even if their parents were shivering in their tennies, no gloves on their hands, no hats on their heads.  After all, it is So Cal!  Who owns these things in So Cal?

Yesterday, the Christmas Parade also went through downtown Vista.  It was a gorgeous sunny day, typical for this part of the country this time of year, with a little breeze to keep the high clouds interesting as they cruised on by those of use sitting on the curb waiting for the colors to come by to start the parade.  And then, part way through the parade, there was a fly-over of military jets!  Wow!  How exciting!  They made a couple of passes, each one in different formation and the last one complete with colored smoke coming out their rear ends!  An hour and a half after the start of the parade, it was over and we headed for our cars to see if we could get out of the blocked-off areas – much easier said than done, however.  After all the years of parades, it would seem that the logistics would have been seamless by now!  Oh well, we all got a chance to practice a little patience – or not – and we all made it home, or shopping, or late lunch, or wherever we were headed.

The second parade of the day was up in Fallbrook – an after-dark parade!  The Peeps came along with me…. very nice – they don’t do this very often.  The three of us drove up to Fallbrook, about 10 miles or so away, and set up chairs on the curb.  The parade was full of bands, fire trucks, souped-up cars, “dignitaries” without names to know who they were, kid dancers, a few horses, and Santa Claus at the end, riding a fire truck with siren blaring.  It was a great time, although Mr. Peep got a little grumpy with dinner being so late ‘n all…

Two parades in one day – how much better can it get than that? 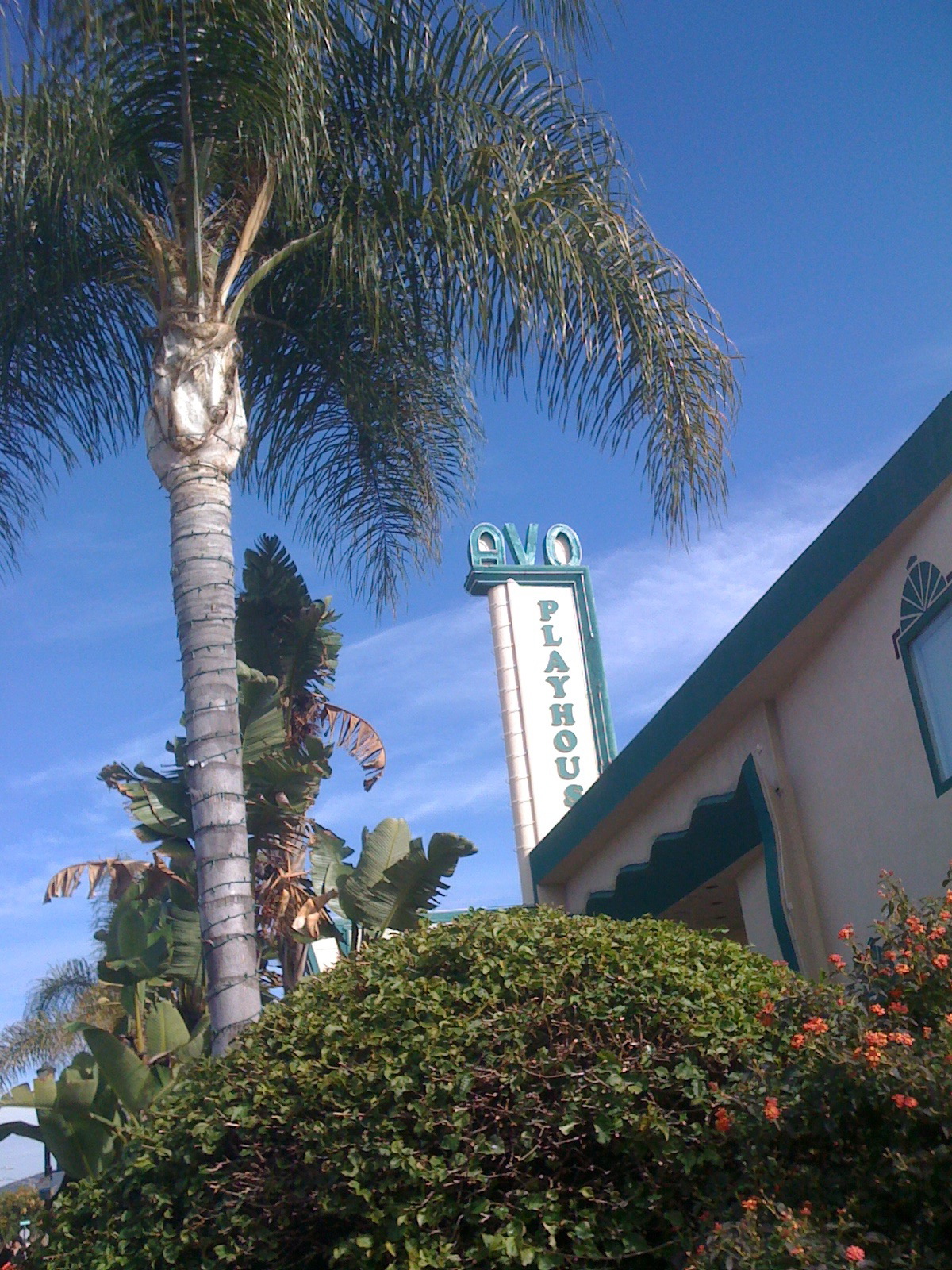 We stopped at El Jardin, a Mexican food restaurant, on our way out of town, and after a short wait, stuffed ourselves with way too much food and drove home, happy with full tummies, and spent the rest of the evening in a food coma.

Today’s adventures include the lighting of the Christmas tree in Carlsbad and the start of the run of Oliver! at the Avo Playhouse in downtown Vista.

It’s early yet so we’ll see what actually shows up today!