Here in LA, the days are warmer, the nights are brighter, the people are lighter dressed than many other parts of the country….yeah, the world!  But with that difference comes some things that strike chords of similarity – turkeys at every table, arguing relatives at every corner, fast-driving motorists speeding towards some unseen destination.

I’ve always loved the big city; perhaps it’s because I grew up near one, but the energy, the vibe, the hype, the choices, the people, the sheer numbers of people, the crowded parking lots, the grocery store variety…. you name it, there’s just something about a big city that lifts my spirits.

Oh yeah, I like the solitude and quiet of a small town or an out-of-the-way location but nothing can beat the excitement of a big city. 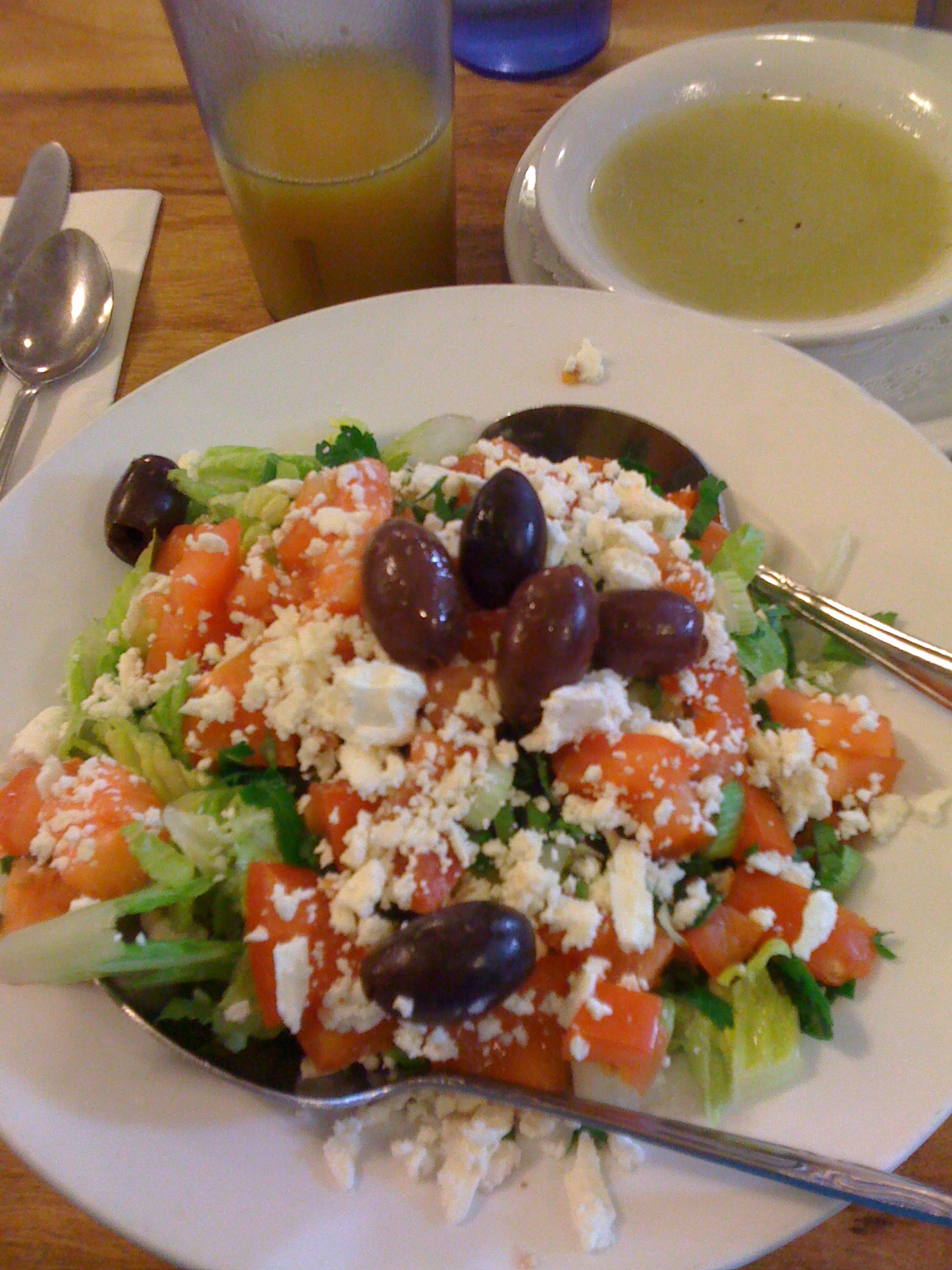 Yesterday, Thanksgiving Day, we had a late breakfast at More Than Waffles, where they serve waffles of varieties never before even considered but the salad I had was also very good.

My son had a couple of menu items, among them a half order of the Love Waffle – a Belgian waffle base that had been dipped in dark chocolate, a huge scoop of vanilla ice cream, tons of whipped cream, and fresh sliced strawberries.

Thus started a day that included visitations to a number of Hollywood film and TV locations, among them the Happy Days house, the place where The Office is filmed, the Ennis House built by Frank Lloyd Wright and other places that were just plain fun to go to. 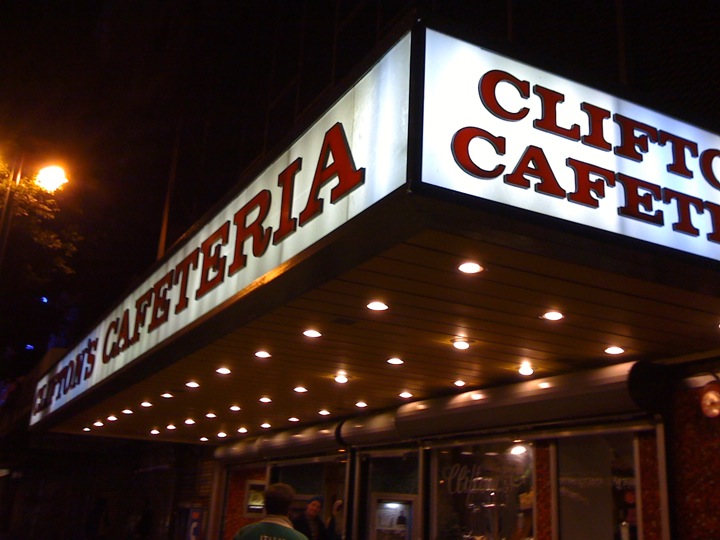 Now, because it was Thanksgiving, we had to find some place to have some big meal that would do any traditional Thanksgiving justice.  So where would that be in LA?  Why, Clifton’s Cafeteria, of course!  So off we went for some pick-it-out-yourself food where we ate lots, took some photos, and visited the in-cafeteria chapel that’s built inside a replica of a giant sequoia complete with recorded meditation of sorts.

Fun it was and off we went to home, bellies full, adventure on our lips, Los Angeles in our eyes.  Another day comes to an end. But there’s always tomorrow!