Some days I just really miss my dad. 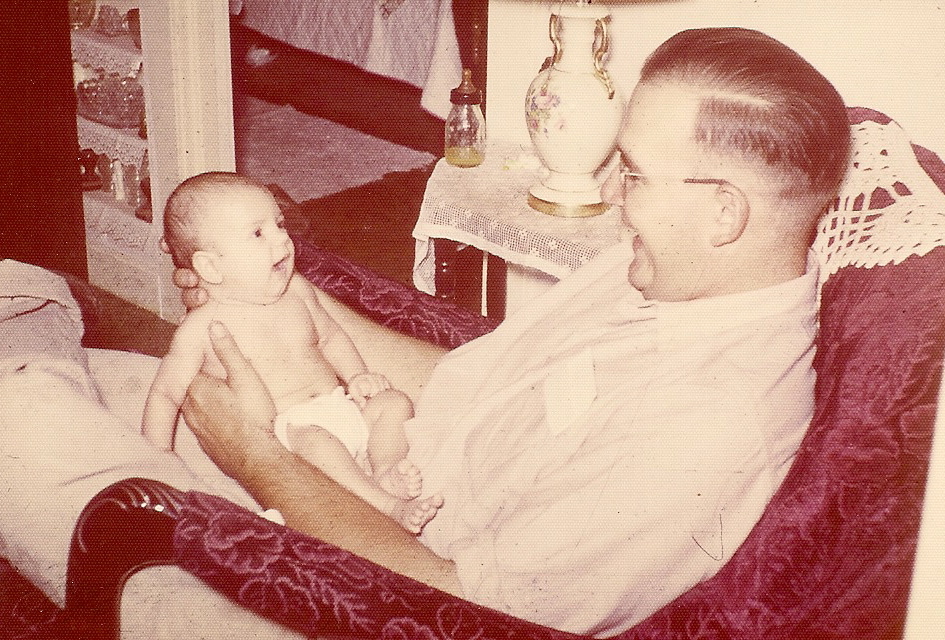 I know other people have had this happen – a family member, a friend, someone close to them, dies unexpectedly and they’re left with a space inside that just doesn’t seem to want to close up, to heal, to fill with the peace and understanding that all living things, their physical presences, die and leave their earthly existences.

I haven’t found much solace in knowing this about other people’s experiences.  I have simply focused on my mother’s part in this scenario – she purposely excluded me and my son, her only grandchild, from knowing that my father was sick, in the hospital, and dying.  And then, three weeks later, when he died, she didn’t call to tell me that he had died.  I have been angry at her, and sometimes at my brother and sister for participating in her craziness.  Angry and hurt.  Even when I think I’m less angry than I was, every now and then, it comes back and I’m angry and hate her for it all over again.

It’s been just over four years since my dad died.  Some weeks or months after his death, I don’t remember when exactly, I decided that I was just going to feel the feelings when they showed up, really feel them, acknowledge my mother/brother/sister’s part in the story, and let it be okay that I, as a human being experiencing this thing called life on earth, have chosen to create this story as part of my experience here.  And then when the feelings have been felt, I’ll move on with whatever the next thing is that I’m creating here.

I believe that I chose to come here.  I believe I created this story.  I believe I chose to be born into this family, to have this father and mother, to have these siblings, to have this son.  And I choose every day to be a part of my own creation, to re-create some parts of it, and to create new parts that are uplifting, fun, and bright.  Today is a new day, a new twenty-four hours on Planet Earth.  It’s the next day in the story.  So what am I going to do with it?  Have I spent enough time on the anger?  I think so.  It’s time to move on to the next thing; it’s a gorgeous, brilliant, sun-shiny day today and it’s just begging to be lived to the fullest, to the brightest, with the most amazingly awesome experiences possible!  And I’m up for it!  My dad would have wanted it no other way….