So in blows the third storm of a four-storm, Arctic-cold, weather system moving into the San Diego area.  One minute it’s just patchy blue sky with some big puffy clouds and the next, it’s raining big huge drops of water.

Holly the Super Horse doesn’t seem to mind it, neither do the koi and goldfish in the pond.  But the two cats come running inside and Dinah Dog and I look out the back window, watching as the yard turns into a lake. 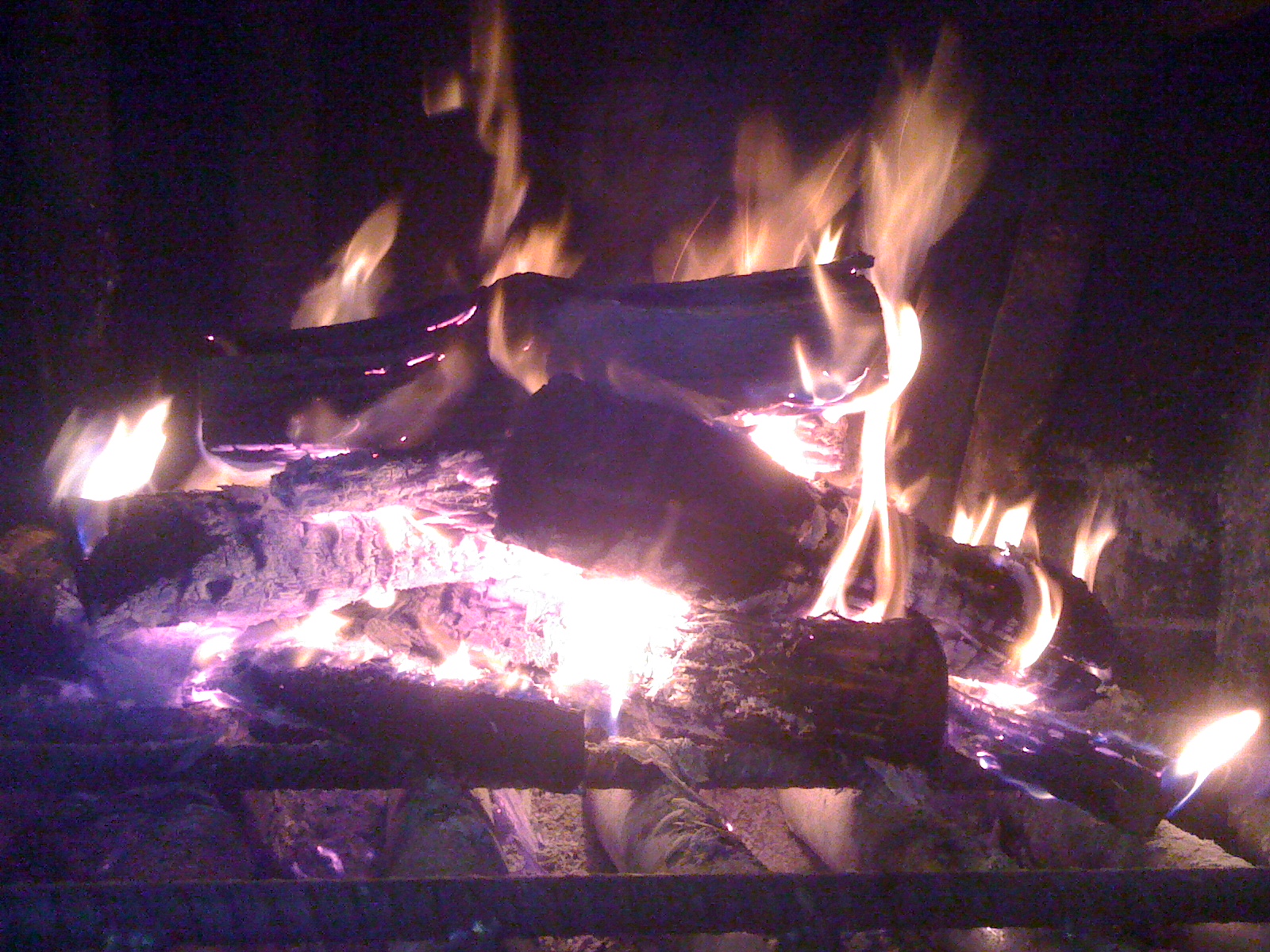 I turn back into the living room and decide that this calls for a fire in the fireplace.  Yes, it’s a little chilly for So. Cal. but it’s really the thought of being cozy inside, while the storm rages outside, that has prompted my fire-building skills.

I pile the wood up on the grate, stacking it for air circulation once the fire starts, and stand back.  I turn the little handle on the right to the left, and put a lighted match to the wood.  Poof!  The gas is lit and the fire is on its way to making the room warmer and brighter, cheery sounds of wood crackling as it burns, as I settle back to drink a cup of hot tea and watch the flames.

Oh, and turn off the gas after the wood is burning on its own.  I love the gas starter.