I’ve started the countdown to getting back on the road.  I hate that I’m counting it down because I really don’t want to be “off the road.”  I want to stay on the road.  Being off the road is killing me. 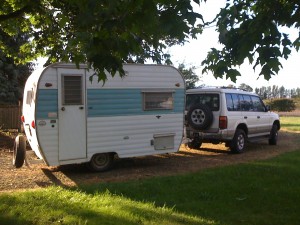 Killing me slowly but killing me all the same.

I haven’t had a permanent living place since my house foreclosed about four years ago.  Since then, I’ve been roaming the west coast states, not usually staying in one place for longer than a couple of months before I’m off somewhere else.  I start getting crabby when I’m in one place too long.  Plus my feet begin to stink.

So I’m counting days ’til I’m rolling down the road again.  This is probably the longest I’ve been in one place since I gave the bank back their house.  I had intended to leave last fall and then things just kept popping up, one after the other, and I soon found I was behind the winter weather as it set into the northern states.  I didn’t want to tow my little single-axle, no-brakes, teeny tiny trailer over the mountain passes, in the rain/snow/ice, to get down south where the weather is warmer and the sky is sunnier, so I ended up “wintering” in the Pacific Northwest.  Challenging to say the least.  Very interesting to say the most.

I have really enjoyed seeing friends and spending time with my son and his partner, and certainly winters here are more mild compared to other parts of the US, but not being able to spend time outside Li’l Homey has been a very interesting experience.  In warmer weather, I have a chair and a little table right outside the door so I basically have an “outdoor room” where I can kick back and Dinah can roll around in the grass.  Maybe I just have “cabin fever”!

Today, I did a few things that needed doing before I leave my electrical hook-up.  I made Coconut Quinoa Granola.  Boy, did that stuff smell good baking, or what!  Very tasty, low fat, and crunchy, just like I like it. The recipe is included at the end of this rambling post. 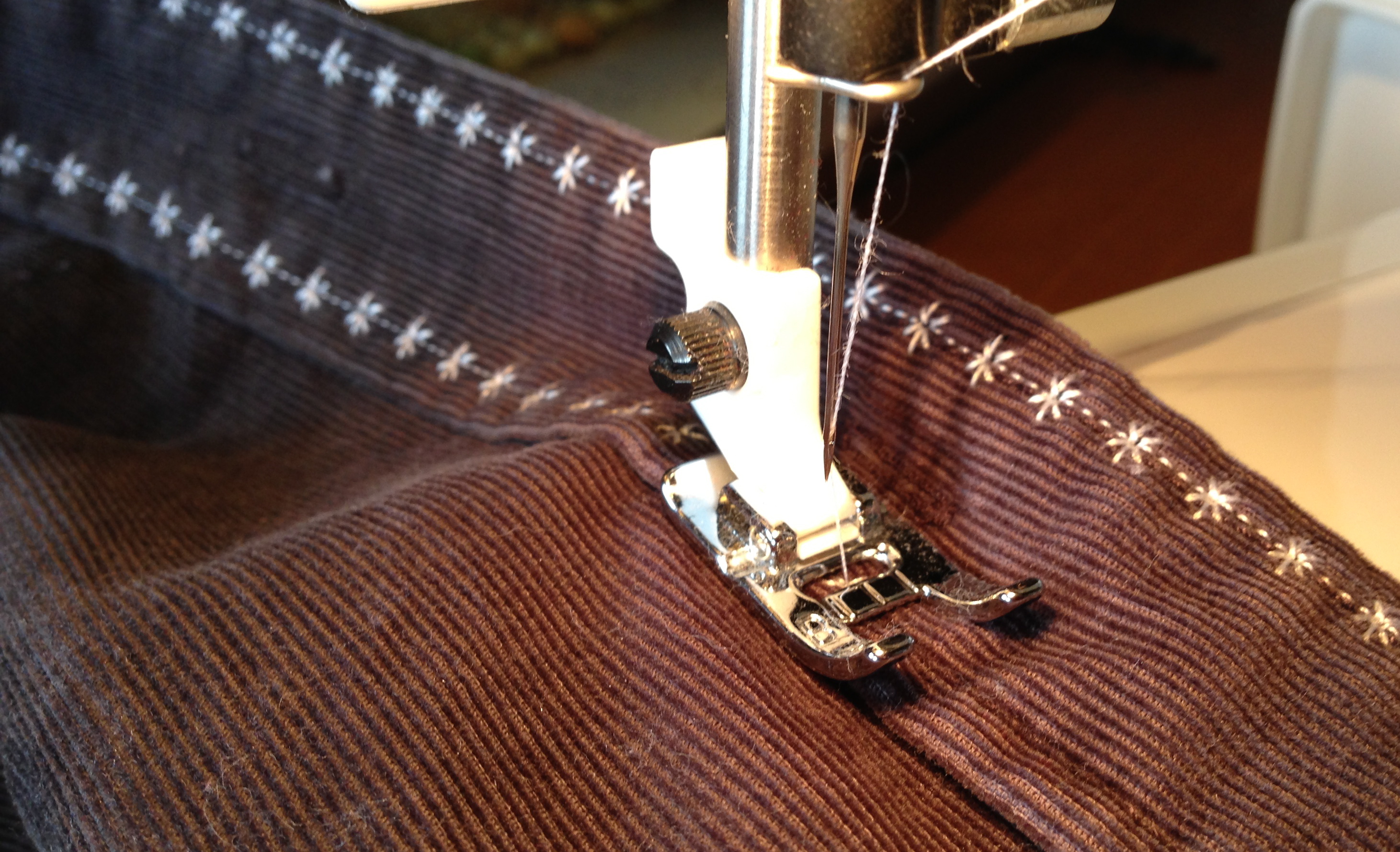 I also did some mending and other minor sewing stuff.  Last summer, I bought a men’s charcoal grey corduroy shirt for a buck at a yard sale, but it’s kinda manly-looking, all grey-y and stuff.  I tweaked it up a bit with some white decorative stitching on the lapels and collar and cuffs.  Looks kinda like connected star bursts.  I like it.  I might even add some more stitching to the shoulder seams and around the pocket.  I don’t know yet; will just wait and see what feels good.  More might be too much, if you know what I mean.

I’ve started pulling stuff out of the trailer that I won’t need down where it’s warmer – things like knitted scarves and hats, extra blankets, heavy jacket, wool socks.  Those things won’t be necessady where the daytime temperature is 80 degrees.

But the countdown is on!

Now for the granola recipe: 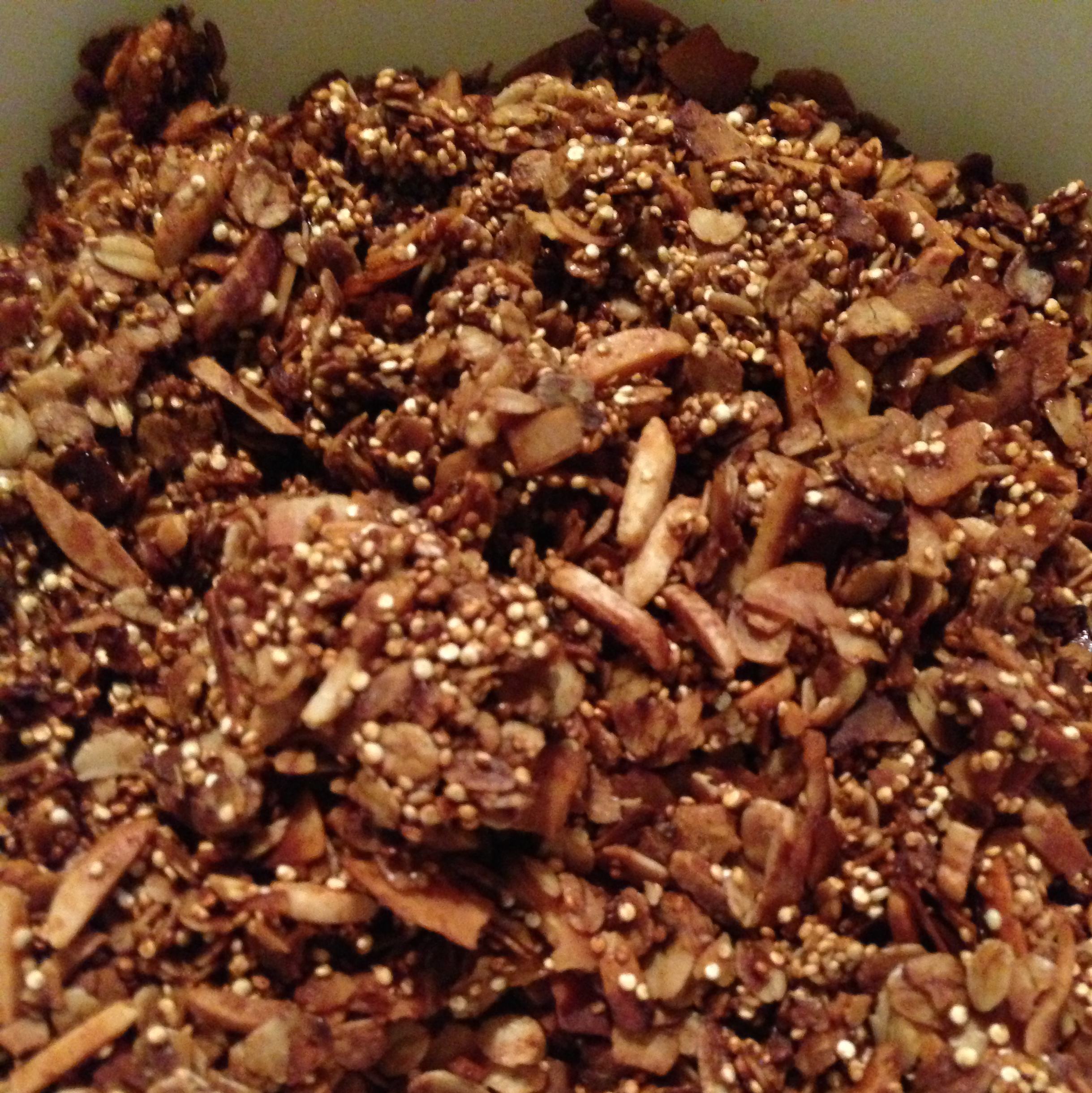 1.    Preheat oven to 300 degrees F.
2.    Lightly spray a large cookie sheet (with edges) with a non-stick cooking spray.
3.    Combine oats, quinoa, coconut, almonds, and cardamom in a large mixing bowl.
4.    Add warmed coconut oil and agave syrup.
6.    Stir until all the ingredients are well-combined.
7.    Spread out on prepared baking sheet.
8.    Bake for 20-25 minutes. Stir once or twice times during baking.  Watch carefully – it can burn quickly.
9.    Granola will be done when it’s evenly toasted.  Let the granola cool completely.  Store in a ziplock bag or other airtight container.

If you make it, I’d love to know how it turns out.

(adapted from a recipe I found on www.foodinjars.com)

8 thoughts on “Monday Rambling: Back on the Road Again”