There’s nothing like watching your living space take shape in front of you that makes you realize how much things like color, patterns, shapes, textures, lay-out make a difference in how you perceive the area you’re going to be calling “home.”

And I say all these “you’s” meaning me, of course.

Most of my time lately has been occupied with getting my little 10-footer ready to take out on the road.  Living in such a small space is going to be an adventure, a challenge, a lot of fun.  I’m finally beginning to see the light at the end of the tunnel…. and it’s not a freight train! 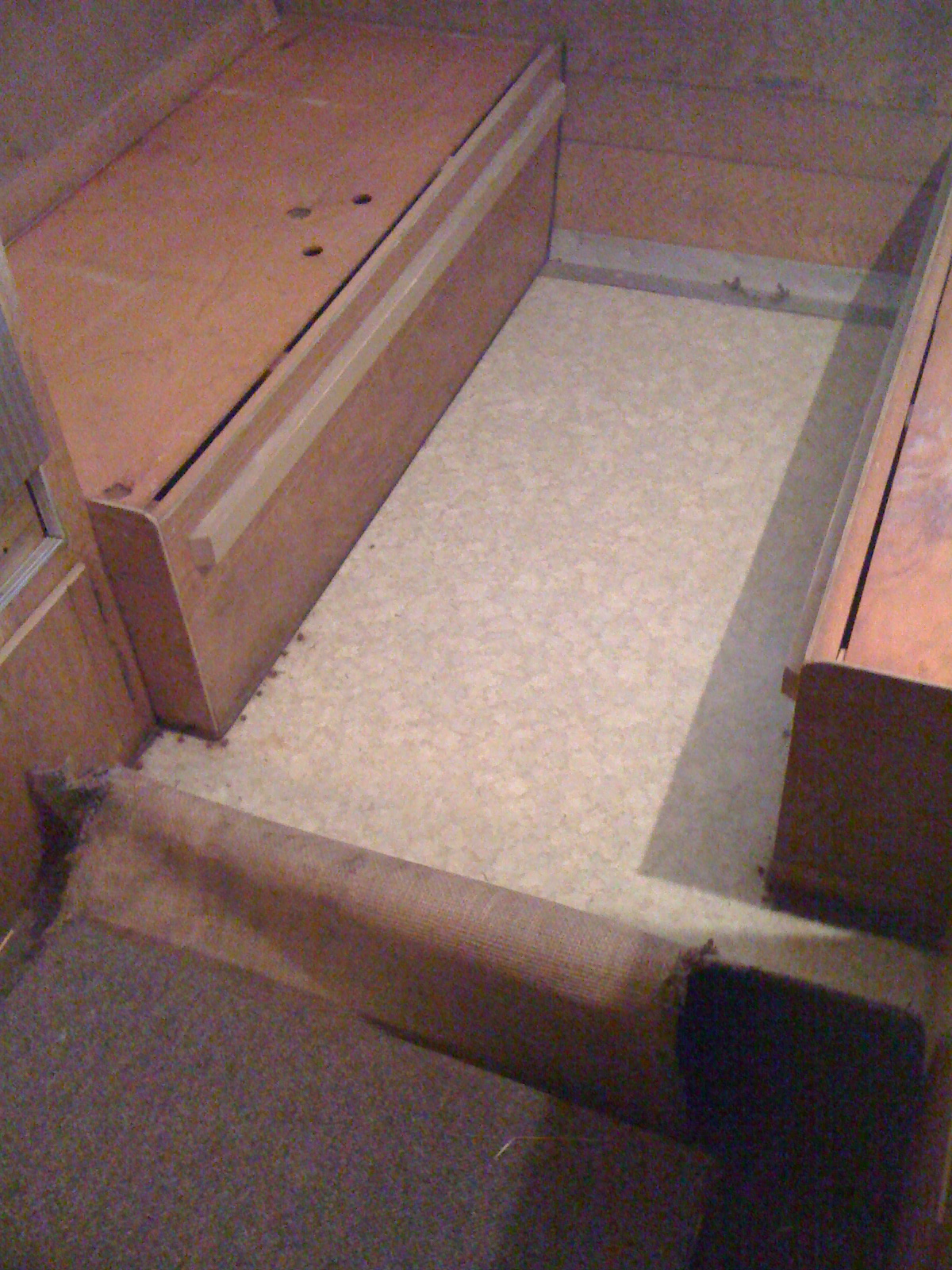 I started off by removing as much as possible – the old-as-dirt, and just as dirty, carpeting, the dreary old brown-striped curtains, the overhead bunk the previous owner installed for his little kids, the old “dinosaur” toilet, the ancient cushions, the out-of-date fire extinguisher, the smoke alarm in the middle of the ceiling. Old hooks, screws, nails, racks, towel bars were also removed to make way for new ones located in places that made more sense to me.  Since I’m going to be the one living in it.  <insert big grin here> 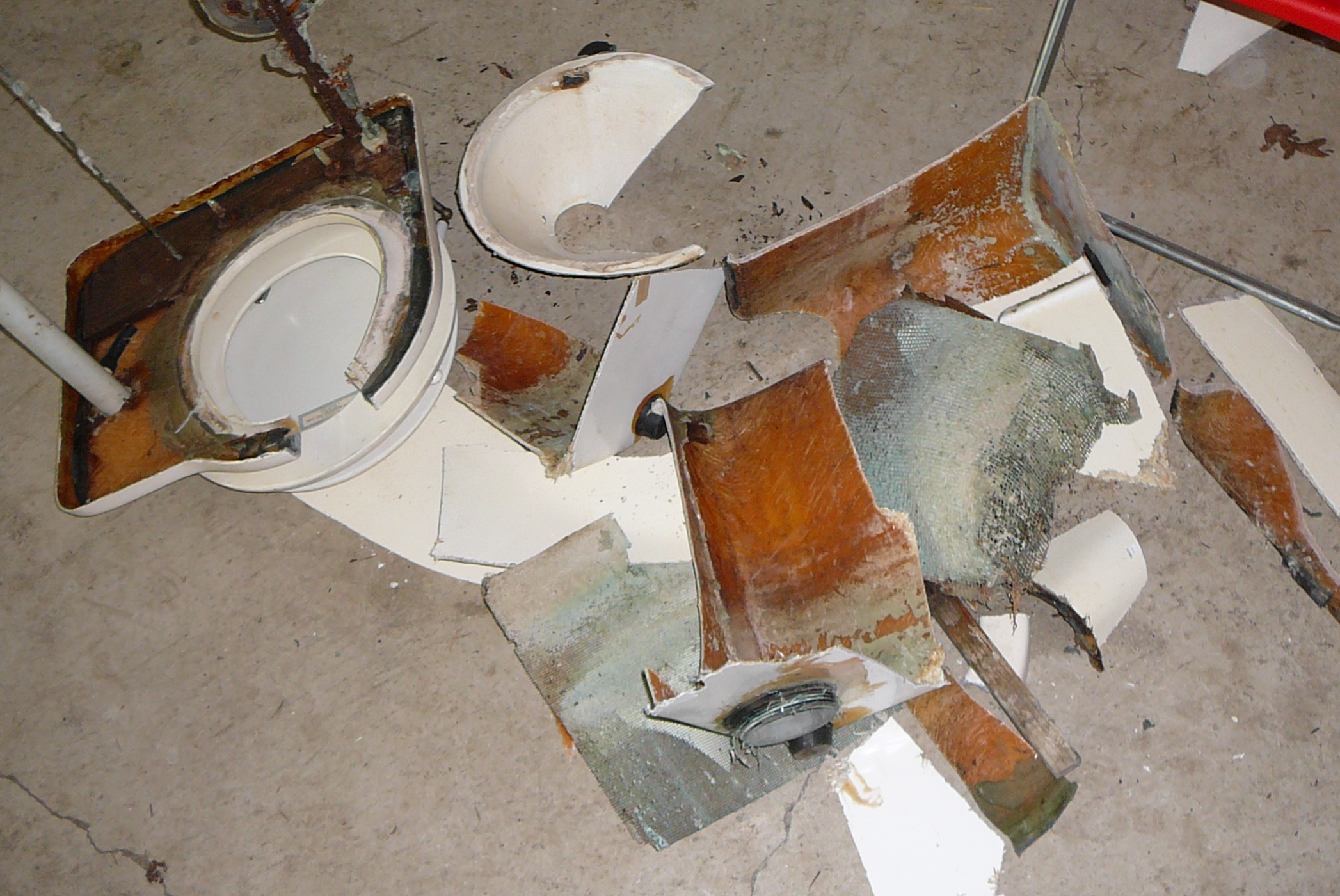 was not going to come out of it’s old space easily.  It ended up coming out in pieces.

I experimented with various wall finishes, trying to find one that would bring some life back to the 47-year-oldbirch wood wall paneling.  I finally settled on a lemon oil 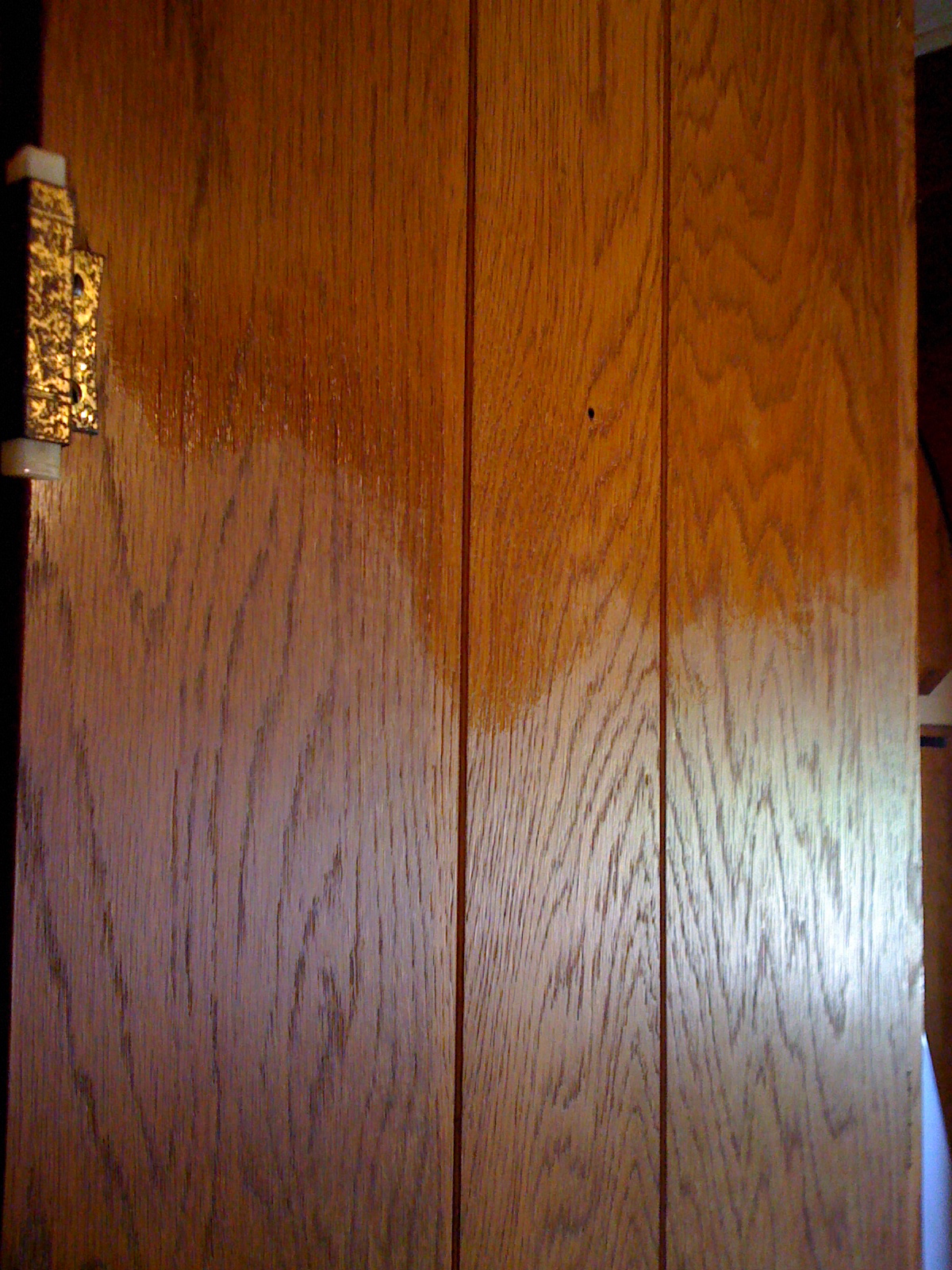 that made the old wood shine and added a nice scent to the otherwise musty odor.

As the days passed, I tackled one project after another, picking things off the list of items needing to be completed, and finishing one of them after another, until little by little, the inside of the trailer began to look like something I could consider calling “home.”

The drawers have all been removed, all the edges sanded and then beeswaxed, and reinstalled. 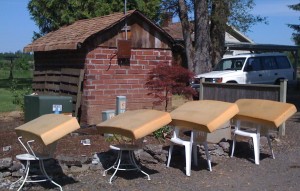 The cushions have been recovered; the curtains have been sewn and new rods installed.  A new table cloth is in the making and a new overhead shelf has been built and finished with four layers of Varathane.

The little old mirror with its old grey frame was removed, the wood repaired where it had split, and new dark burgundy paint put over the old grey paint. 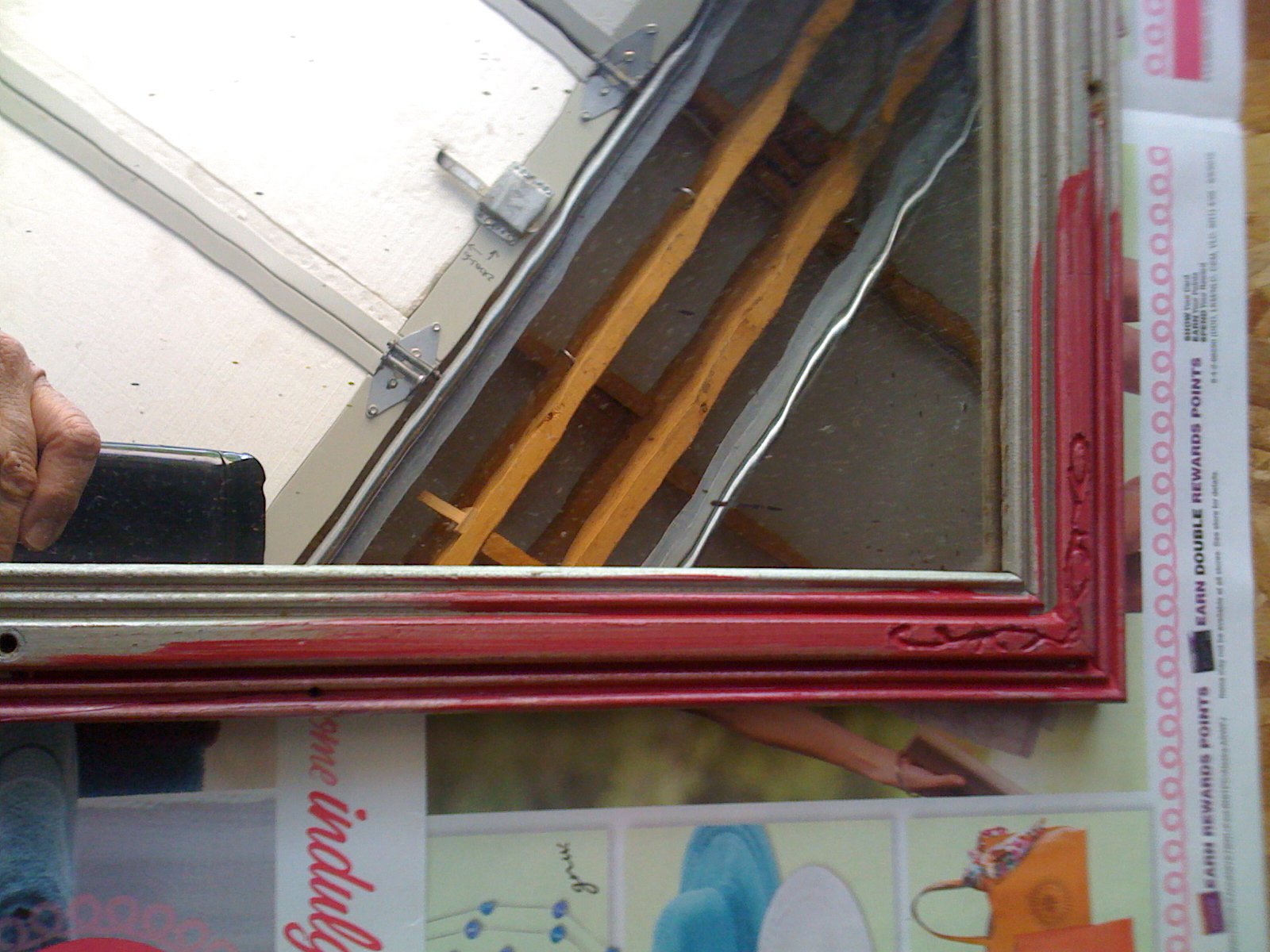 The mirror has been relocated to a better place, more suited to my height and the better to see me in!

A new full-length mirror has been installed on the inside of the bathroom door.

sale for a whole dollar, adding rails made from 1/4″ dowels to keep stuff placed on the shelves from falling off the shelves and refinished the entire rack with new shiny stuff.  Then the used-to-be-a-spice-rack was installed over the bathroom sink to hold small tubes and pots of bathroom-type stuff.

Today, I built a false floor for the little bathroom and covered the hole left in the floor by the old toilet with a couple layers of left-over sticky floor tiles.  The original owner had installed some copper piping for water that was unsightly and provided a 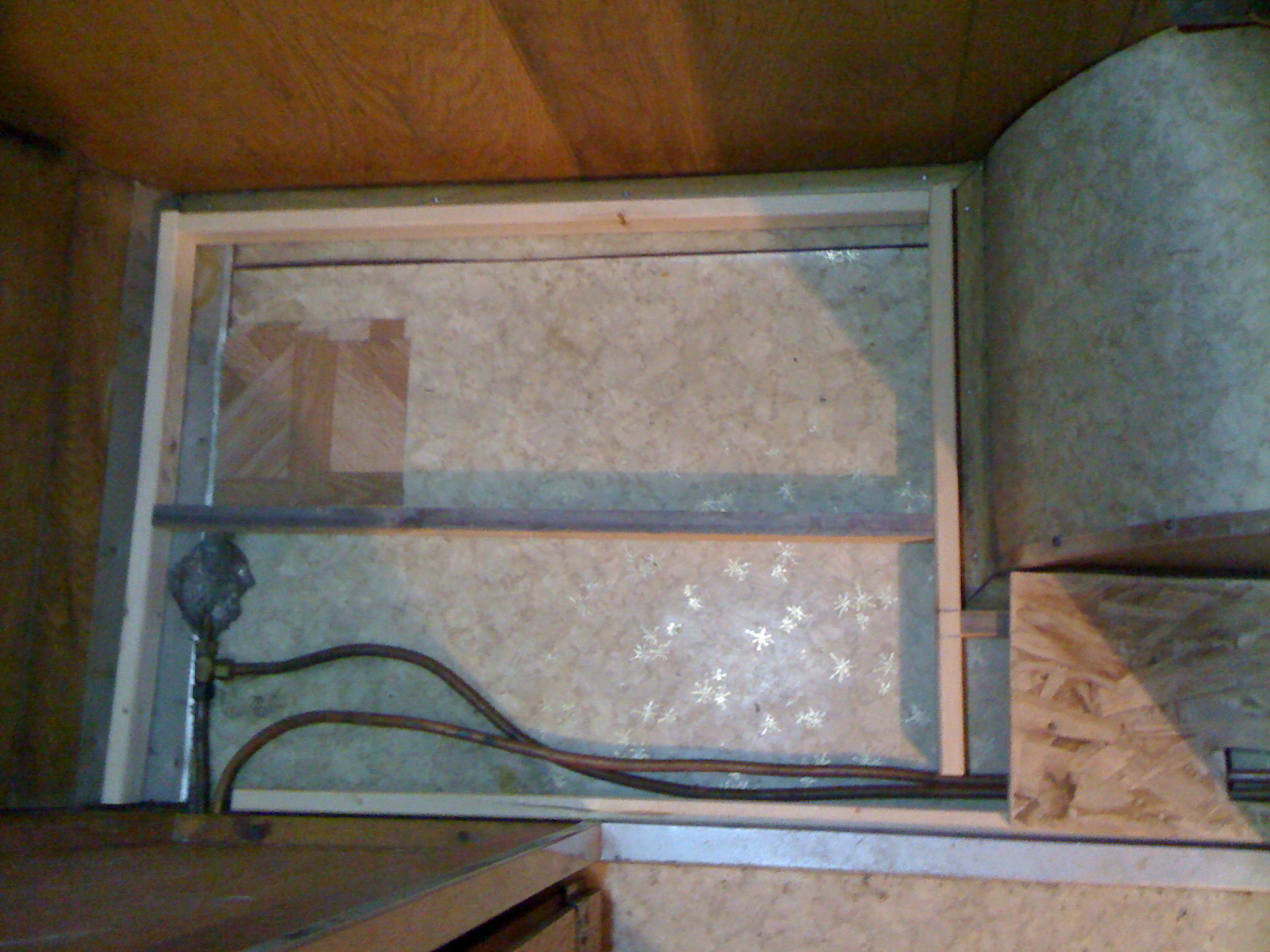 trip-hazard for anyone like me who’s feet are bigger than the floor of the tiny bathroom.  Now the pipes are hidden from view and are located where they can’t be tripped over anymore!  Adding some carpeting or other floor covering will complete that project and I can cross it off the list.

There are still a few projects remaining – new curtains for the kitchen and bathroom windows, a new dog bed for Dinah, a new throw rug for the main floor – and a few items left to purchase: a new propane tank with a new regulator, a new deep-cycle battery, a new porta-potty.

There’s only one “big-ish” project left to do: adding a new seal to the roof line where it joins the outside walls.  As far as I know, there are no leaks at this time but since water leaks are a major big deal in trailers, it’s better to be safe than sorry and I’d rather run a bead of something around the roof edge now than have to tear something out at a later date.  The only reason I haven’t done it before now is that I’m still undecided which product to use; after lots of research, talking to lots of RV “specialists,” I still haven’t made a decision on what’s a better product to use on a vintage trailer.  More research to come… 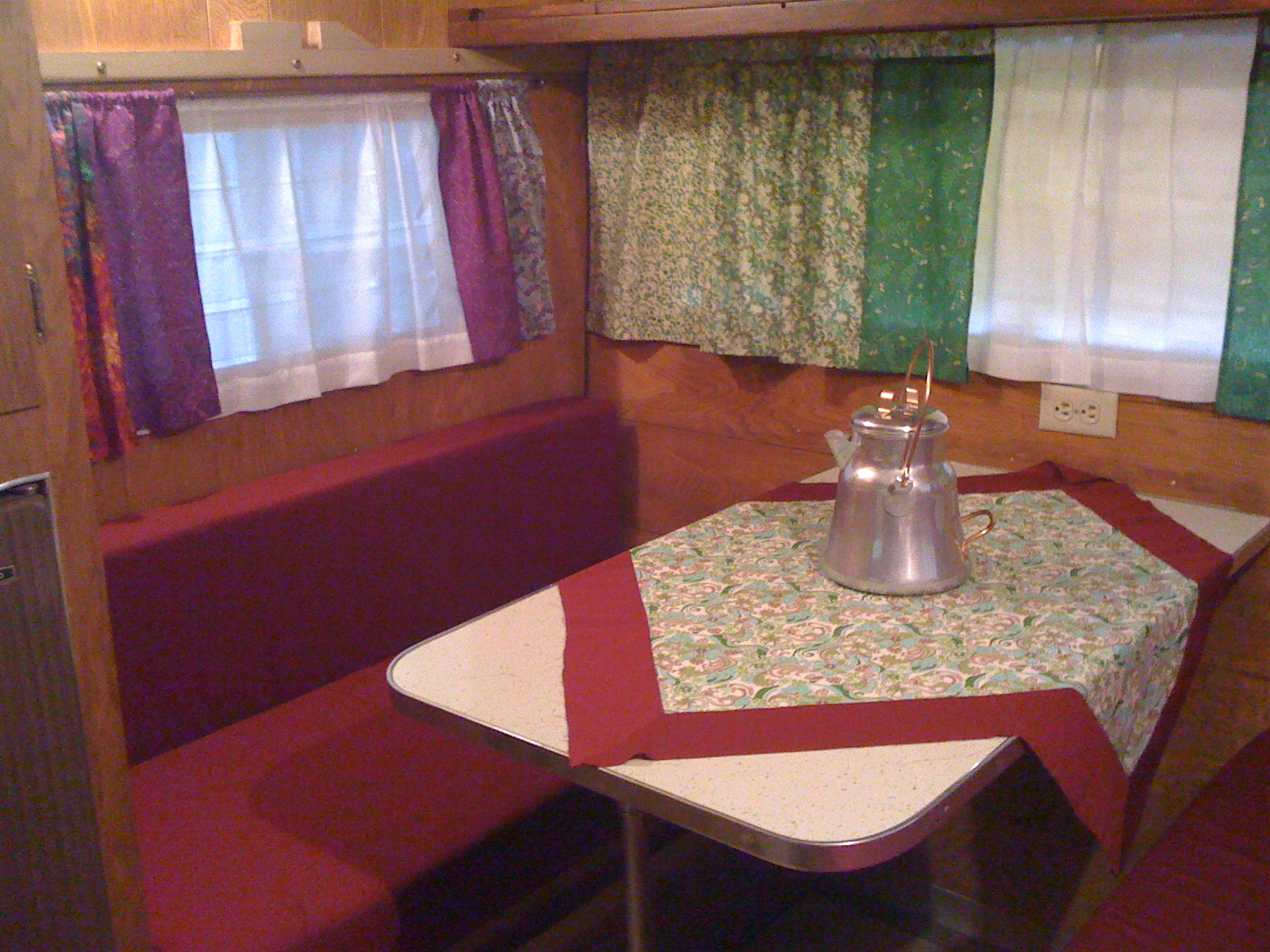 If you want to see lots and lots of photos (along with a few short videos), click here to check out the Flickr album.

4 thoughts on “Li’l Homey is Hoggin’ All My Time”