I'm Dinah Dog!  I've been with Lois over 14 years and boy, have we been through a lot of life in that amount of time. I'm still working my dog job, though, seeing as how it isn't over yet and I'm still here!

Let's take a short, little trip in the way-back machine to the beginning of our time together… My mom, Lois, had two dogs, a Welsh Pembroke Corgi named Pancho, and Auburn, a Guide Dog for the Blind that she had raised as a puppy who didn't make it all the way through her training to be a guide dog.  Auburn developed kidney disease and although the amazing veterinarian was able to put her on medication and give her another year of life, Lois had to put her to sleep when she was just eight years old.  Auburn had been with Lois through a lot of very negative stuff in her life and they had a very special connection, those two. So when Lois had to let her go, she was devastated and for the first time since having had pets, she took a day off work to grieve the loss of Auburn.

Well, a interesting thing soon happened.  Pancho was also grieving the loss of his friend and buddy, not eating and moping around the house as if the life had gone out of him.  Lois took him to that amazing vet I mentioned earlier who told Lois that Pancho was missing his friend and gave her a couple of choices that could work to bring him out of it – give him some "puppy uppers" (anti-depressents for dogs) or find him a new friend.  Lois left the vet's office, without the pills for Pancho, and went home, leaving Pancho there. She headed out to the local PetSmart to get some food for the cats and when she walked in, she noticed that the Humane Society of Southwest Washington was there with some cats and dogs that were available for adoption. 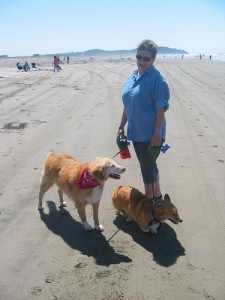 Sitting up in one of the big crates, was me, a two-year-old+ mostly-Golden Retriever with a polka-dotted nose and white-tipped tail and toes.  I just knew that someone special was coming for me and I wanted to be sitting up, looking cute, and waiting in anticipation for her.  She walked right over to me and the rest, as they say, was history.  I was badly matted, with huge callouses on my pads, just a bit underweight and not spayed.  I wish I could tell the story of my two years before this moment but all I could do was wag my tail and do my best to tell Lois how grateful I was that she came in that day and rescued me.  Because that's exactly what she did.  She rescued me.  I'd never been inside a house before so I didn't know what to do when she opened the sliding glass door and encouraged me to come inside.  Walking on carpet was so foreign to my feet that it felt funny at first.  She let me and Pancho jump up on the bed and sleep with her – I'd flop my head over on her leg and just drip gratitude from my eyeballs.  At least, that's what it felt like to me.  I think she got it, too, because I once heard her tell someone just that!

Fast-forward through all the years in between that amazing day and today. Now it's just my mom and me and we live in a big dog crate that rolls down the road (it's really a 10' vintage trailer called Li'l Homey) and stops in places with good smells… state parks, beaches, campgrounds, other people's driveways, rest areas, and any other place that we can find to park for a few hours or a few days.

These days, I’m beginning to shed a lot – I actually think I’m going to be blowing out this winter coat very soon and then there’ll be lots of fine blond dog hair everywhere.  I’ll bet if we opened a hermetically-sealed can of coffee there’d be dog hair in it.  Woof!

I’m getting older – I just turned 16 years old in people years – that’s what, 112 in dog years or something like 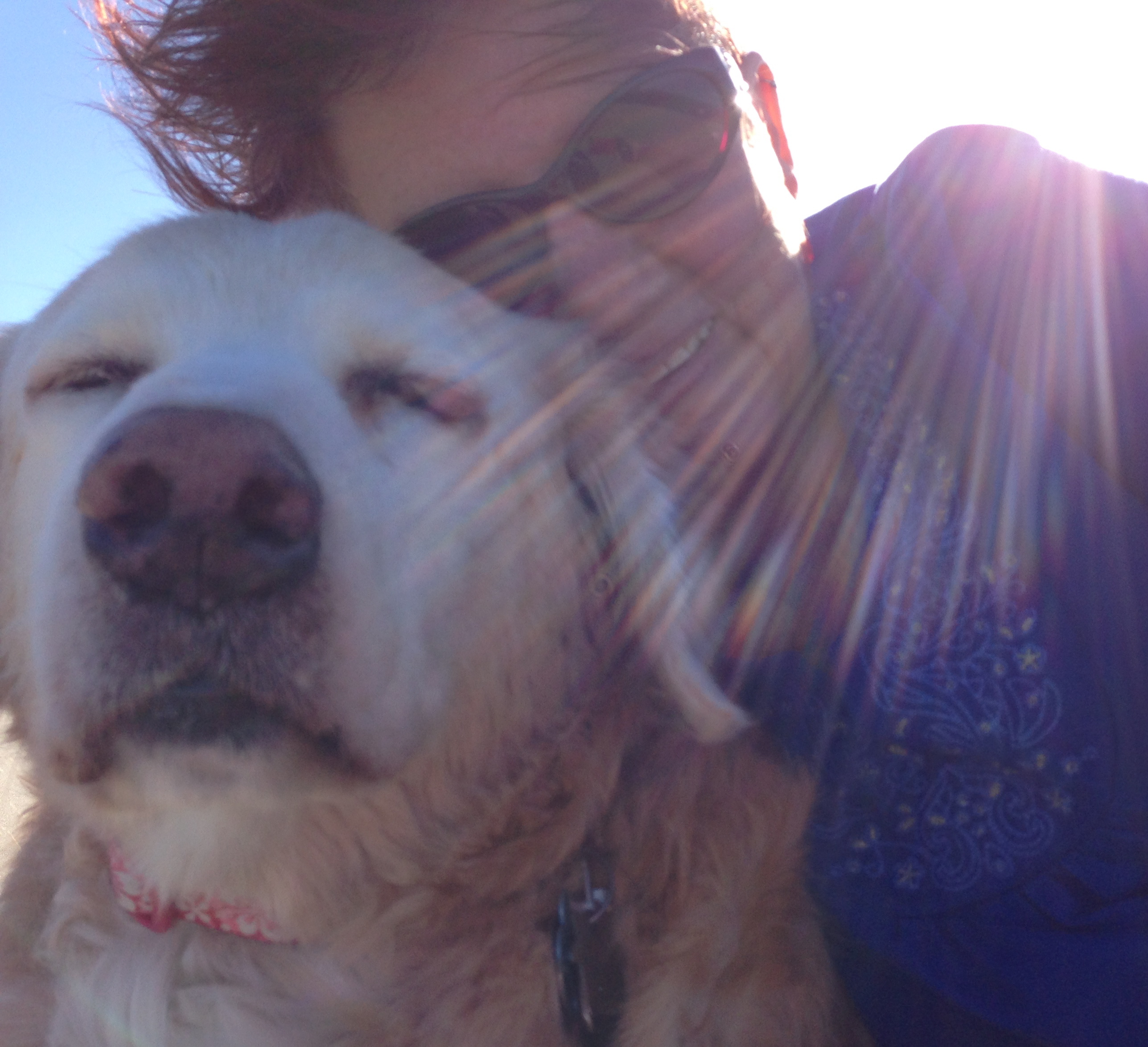 that.  Most days, I do just fine but I can tell I’m slowing down. I don’t jump up into the car anymore – I huff up a ramp with a little push, I mean, help from the rear.  I spend most of the day sleeping, or napping as Lois calls it.  Young dogs bug the bejesus out of me – just leave me alone, okay?  I still love to eat and really like things like toast, buttered or not (but if it has some apricot jam on it, I’ll be in heaven!).

I love traveling with my mom because I know wherever we go, it'll be an adventure.  Maybe we'll see you down the road somewhere!  Woof woof woof!