“Anyone can carry his burden, however hard, until nightfall. Anyone can do his work, however hard, for one day. Anyone can live sweetly, patiently, lovingly, purely, till the sun goes down. And this is all life really means.”   ~ Robert Louis Stevenson

Better people than me have been saying for many years that all we need to do is take it one day at a time. Some days just seem longer than others, don’t they? But one day at a time, one after the other, and then months and years go by before we even realize.

Today is an anniversary of sorts for me. It was just one year ago that I fell and sprained my ankle while camping out at Lake Mead in Nevada. Seemed like such a small thing at the time but that fall dramatically changed my life. One year later, I’m in physical therapy for that ankle injury and still dealing with a crazy list of other physical “adventures” that poked their noses up and took up residence in my body while I was focused on the ankle. 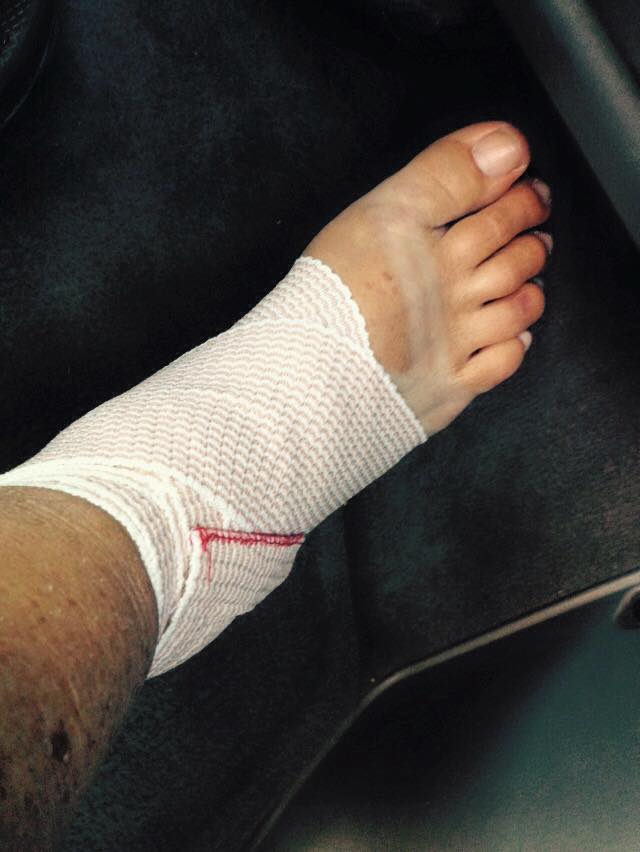 It’s been a long year.

I’ve often found myself wondering if it’s ever going to end, especially lately when all the financial parts of these adventures have finally made their way home. I don’t know if I’ll ever get the doctors and hospitals paid off but I’m keeping my chin up (most of the time) and one day, one bill, one payment at a time, it’ll all be over some day.

Won’t it? Tell me I’m not wrong! Tell me the light at the end of the tunnel is not a freight train!

The quote above from Robert Lewis Stevenson was posted by my Facebook friend, Paula, today with a beautiful photo of a bird sitting on a feeder. It was the impetus I needed to write another blog post after taking a long break from the last one I wrote about gratitude and other such stuff. Yes, I’ve been writing my gratitude list and yes, I have a long list of things I’m grateful for. And yes, I’m ready for all this crap to end. I’m having a tough time staying in the current moment of what’s happening right here right now, not reliving the past year and what could have been done differently, and especially not freaking out about the future and how the hell I’m going to get the bills paid and get on with my life, whatever that means. I swing from the high of being in awe at the wonder of springtime in the Pacific Northwest (when it isn’t raining, it’s gorgeous!), to the low of feeling like I’m never going to dig myself out, to the high of being in gratitude for my friends who have been by my side throughout all this insanity, to the low of knowing there are new places to see, new foods to eat, new people to mee and I’m not doing any of it. I’m worn out from all the swinging!!

Another day, another dollar.

One Day at a Time
Tagged on: anniversary    gratitude    injuries