I am blessed to have friends everywhere. Literally. Every. Where.

I’m often asked to be the guest of these friends for a day or two, a week or three, a month or even longer. I’ve stayed with friends in New Mexico, Nevada, Oregon, California, Washington – and I have invitations to many more places, if I would only get myself there. I am indeed honored to have friends in so many wonderful places.

Not too long ago, I spent a few days with my friends, Bruce and Teresa, in a Central California Coastal town, just a few miles from the ocean. Close enough to get an on-shore breeze, far enough to be away from the tourist crowds. Perfect weather, great walking and hiking areas, native plants in bloom, brilliant blue skies, tasty food, good conversations… what more could one ask for?

While Bruce was at work, Teresa and I hiked a local nature trail at the Ventura Botanical Gardens. Not only does this trail overlook the Pacific Ocean with views like the one in the photo below,  I think we got the better deal, don’t you? 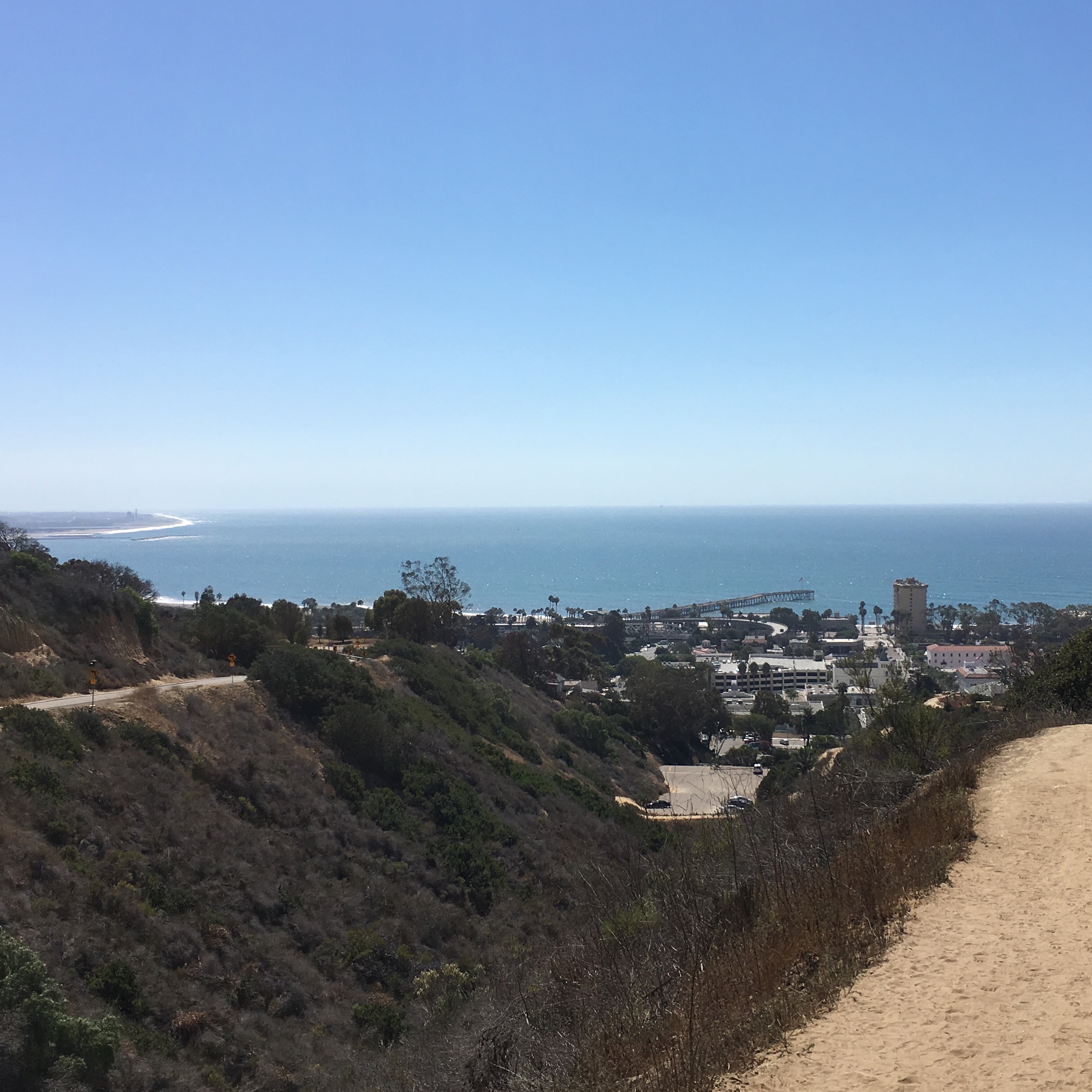 The trail is located in Grant Park, in the foothills above Ventura, CA. It’s almost a mile long and the wide trail allowed us to walk side by side while we chatted. There’s plenty of space to allow someone to pass without feeling like you are too crowded and at risk of falling over the side. This was especially important to me, seeing as how falling is a concern of mine.

There are several planted gardens along the way, including the Chilean Garden, the South African Garden, and the California native plants area. Once the plantings are complete, hopefully the plants will be labeled; in the meantime, we enjoyed the flowers anyway. By the way, the Chilean Gardens will be the largest in the world, outside of Chile. Impressive! 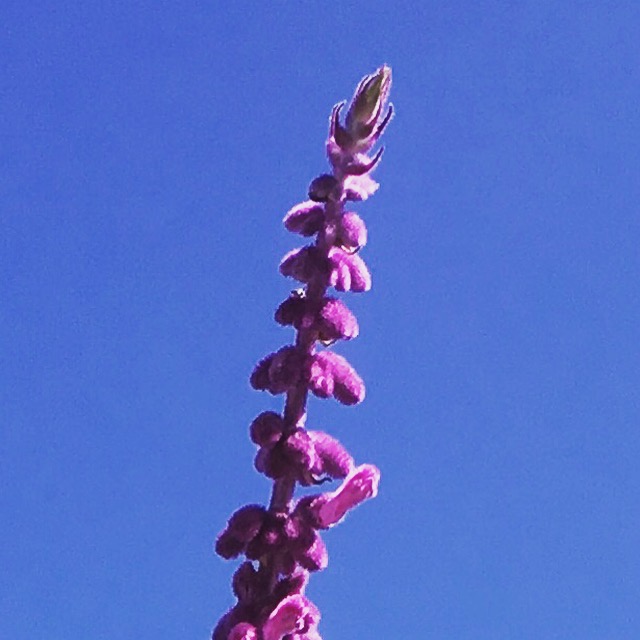 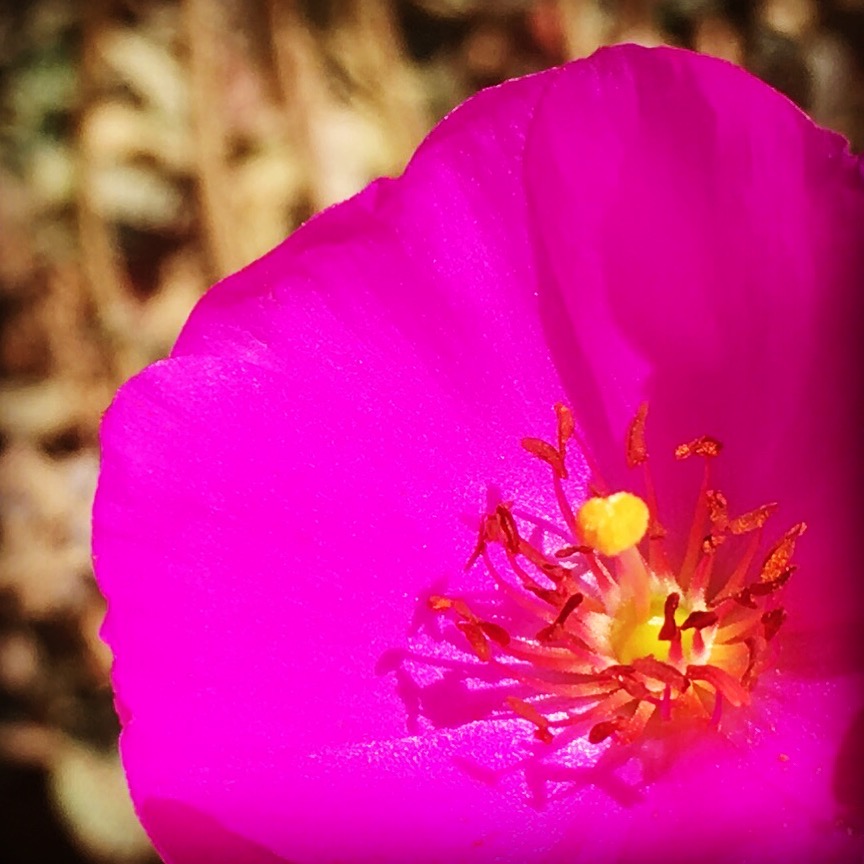 Near the entrance to the trail is a plaque with a quote that resonated with me – indeed, the people we travel with are the most important, am I right? 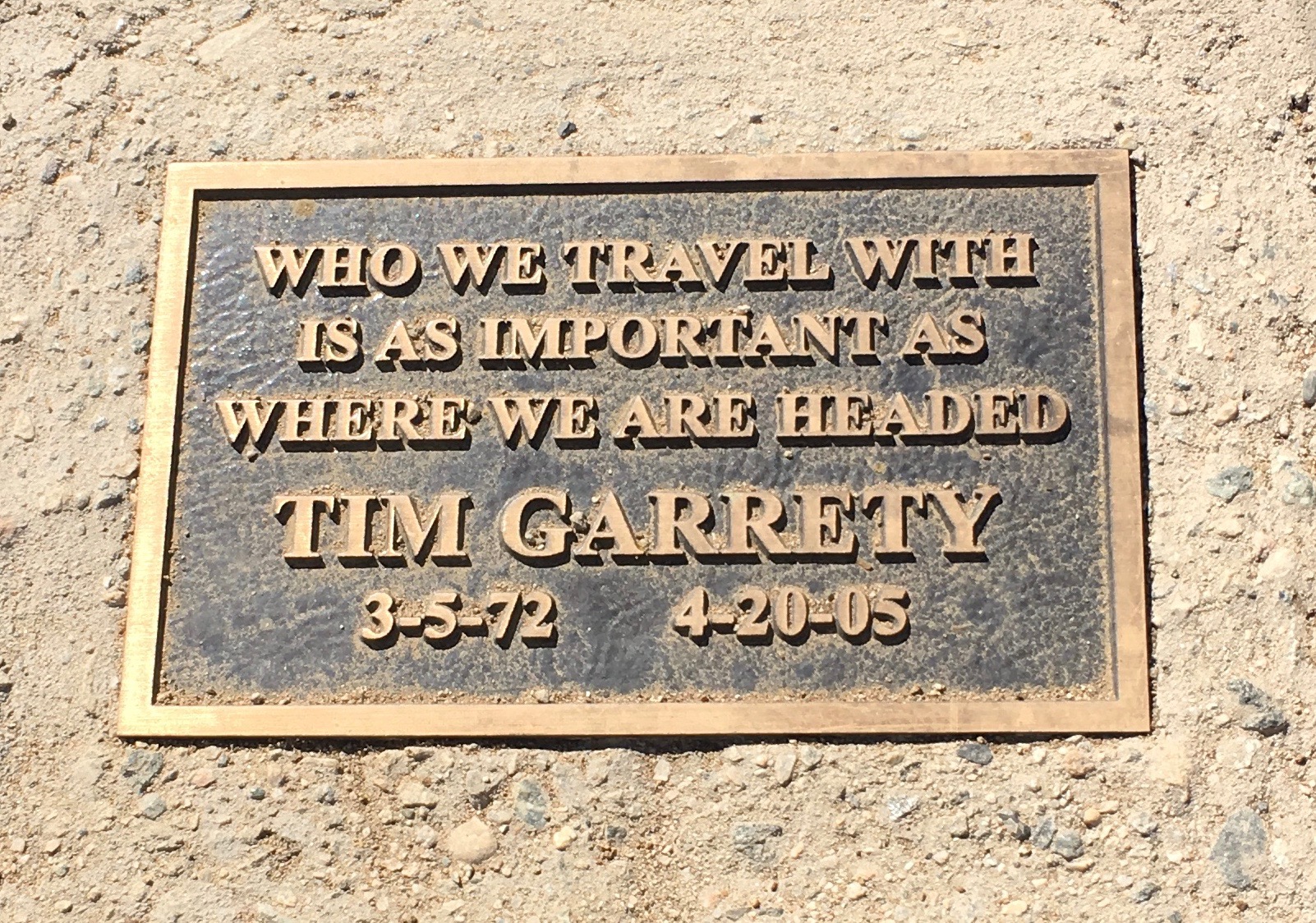 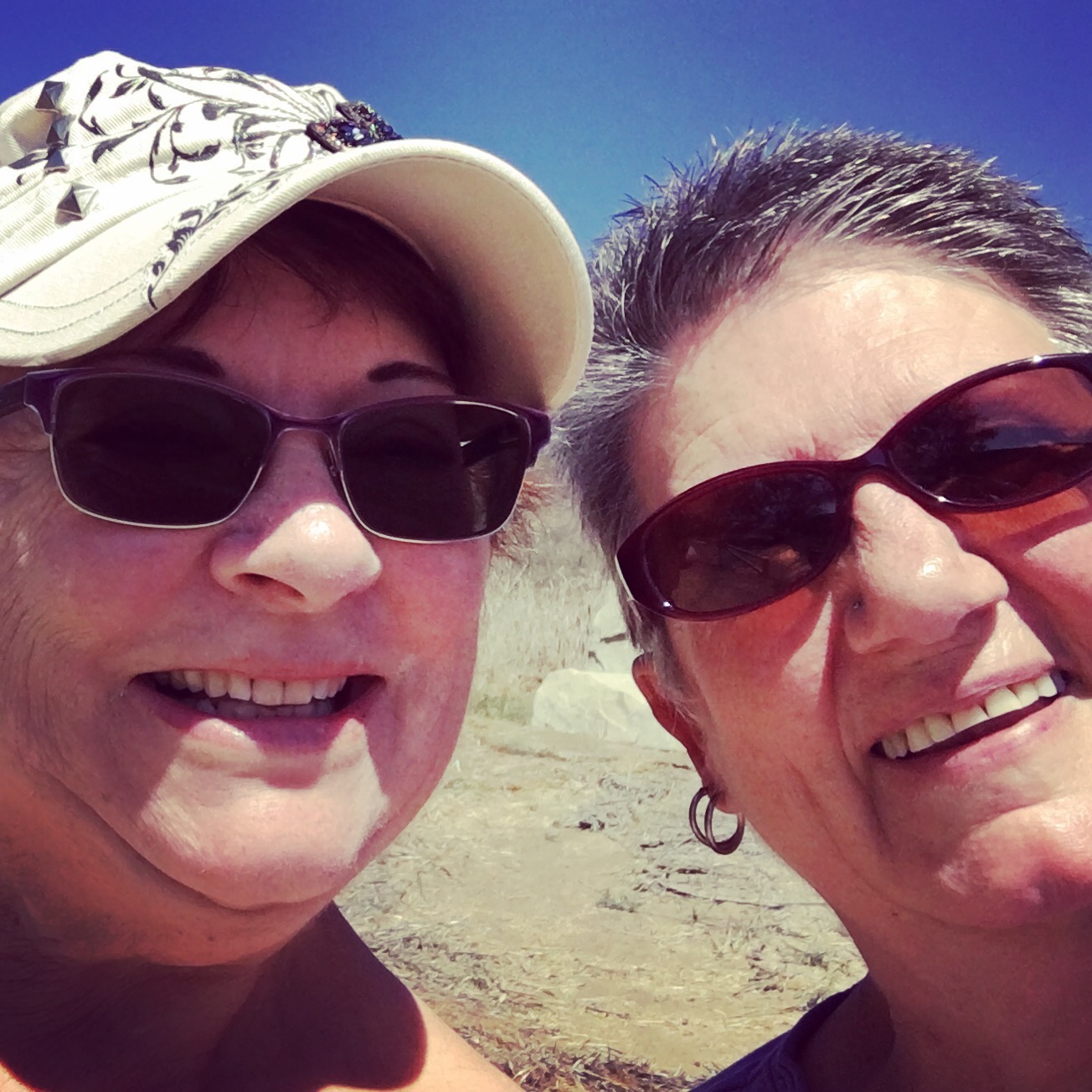 Food is always on my list of things to do, no matter where I go, and cooking food is so much fun, I like doing it wherever I am. Bruce and Teresa agreed to let me use their kitchen to make a vegetable curry… and it was super tasty, if I do say so myself! 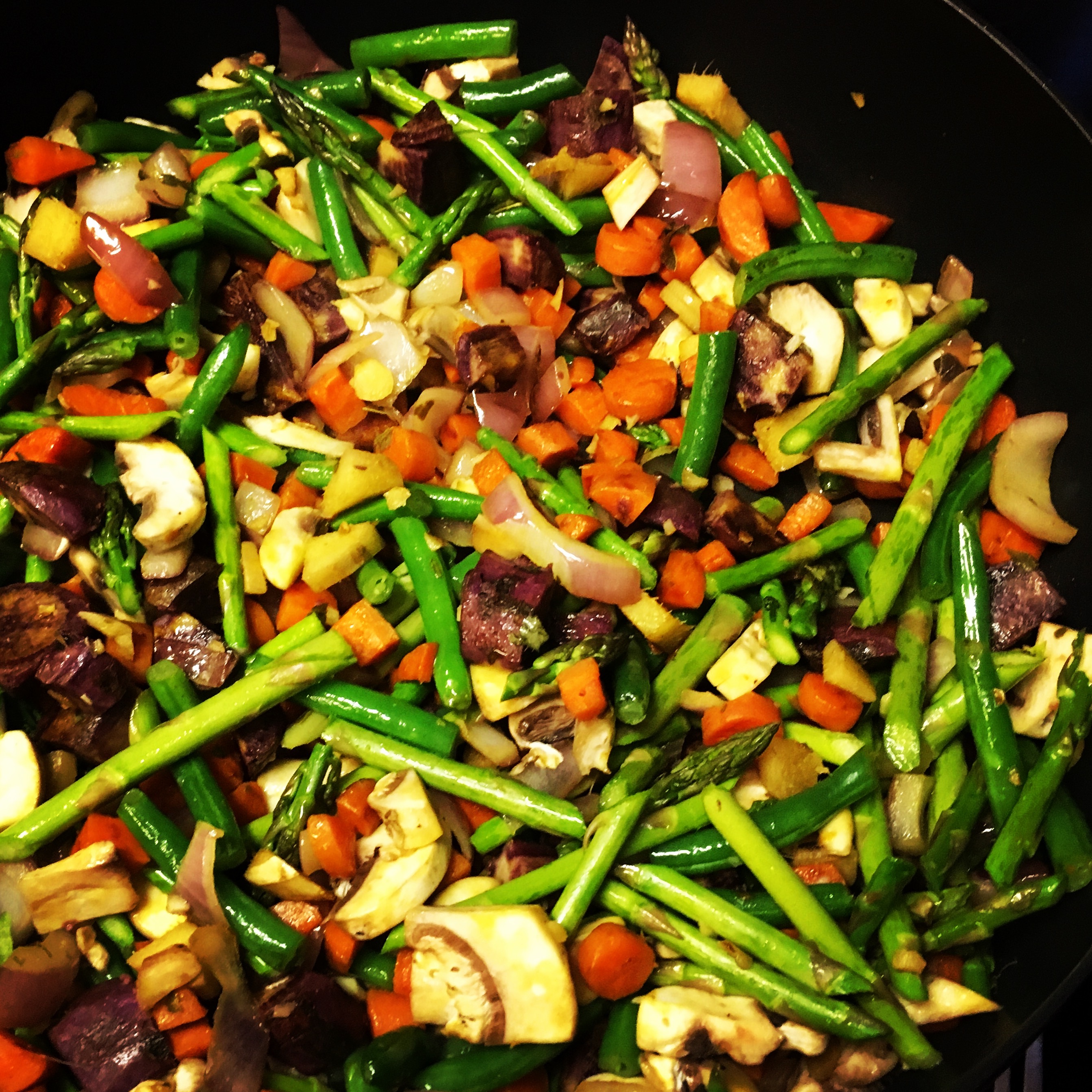 Teresa and I had another day without Bruce, (since he was at work, again!) so we drove to Carpinteria Bluffs Nature Preserve for a walk along the coast. A number of artists were set up along the bluff, painting the ocean view. It was such a gorgeous California day – clear, sunny, warm, blue skies forever, puffy little wisps of clouds, brilliant ocean waves, straw-colored beach grasses, dark green coastal bushes. Oh my goodness. Could the day have been any better? Well, yes, it could but only if there had been any seals at the seal sanctuary 😀 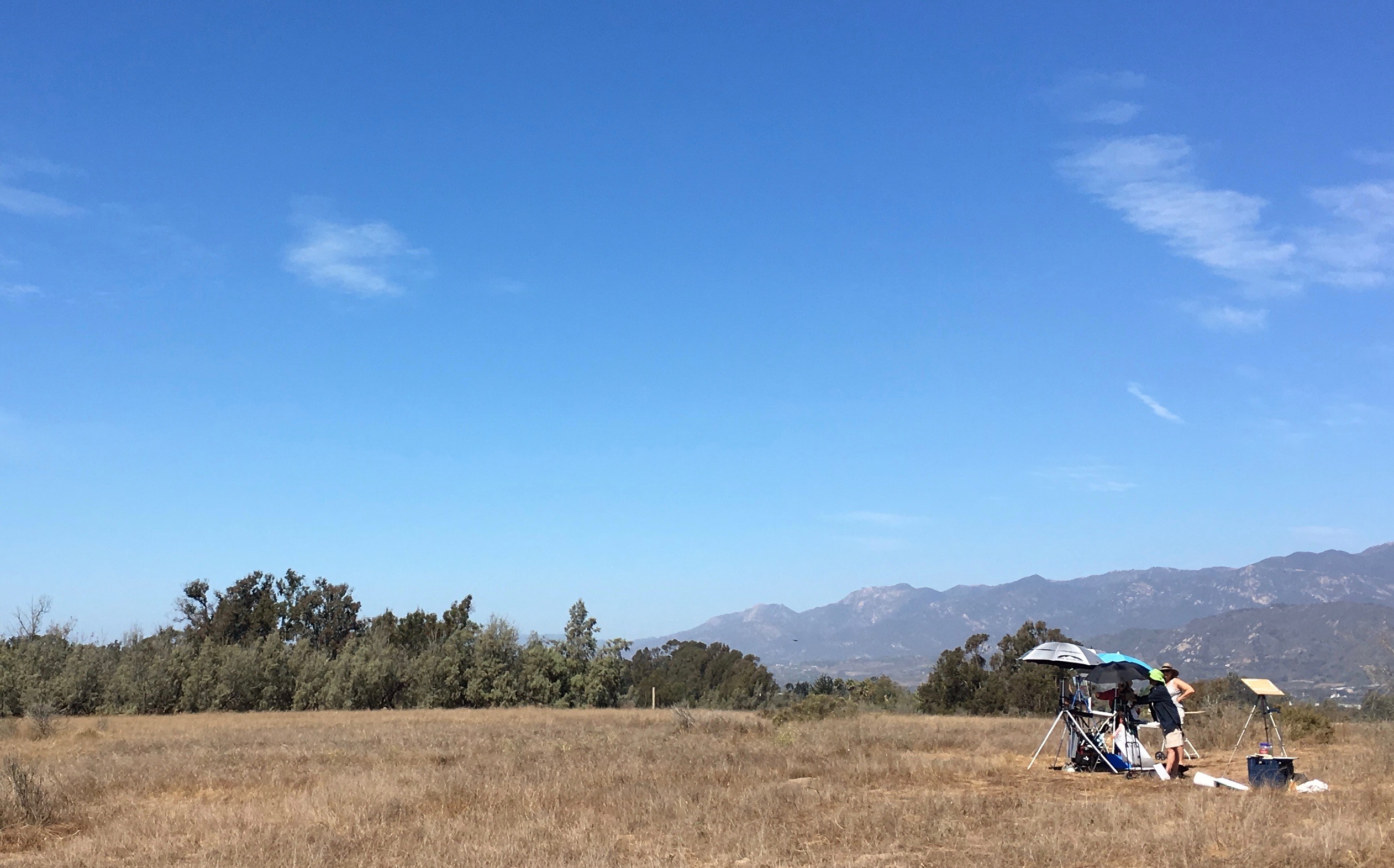 Walking along the trail, breathing in the sunny day, we checked out the campground at Carpinteria Beach, (used the facilities, of course!) and then headed back to the car. We walked a total of 3.21 miles that day! Impressive by any measure but especially for me, since I haven’t been walking much these past bunch of months. It was a very encouraging measure of how far I’ve come in my physical healing, I can tell ya!

I love this Central California coastal area.  Since the early 60s, I spent a lot of time in the Ventura, Oxnard, and Ojai areas. When I was a kid in the 60s, we used to visit family who lived in the area and when I was a teenager, we frequently went deep-sea fishing out of Oxnard. When my son was small, we camped at nearby Lake Casitas. Later on, when my Aunt Esther lived in a retirement home in Ojai, I would come up to take her on daytime drives around the area and out for a quiet lunch before heading back to her little casita. It’s a beautiful part of our country and if you haven’t had a chance to visit it yet, add it to your list of places to see. You won’t be disappointed! 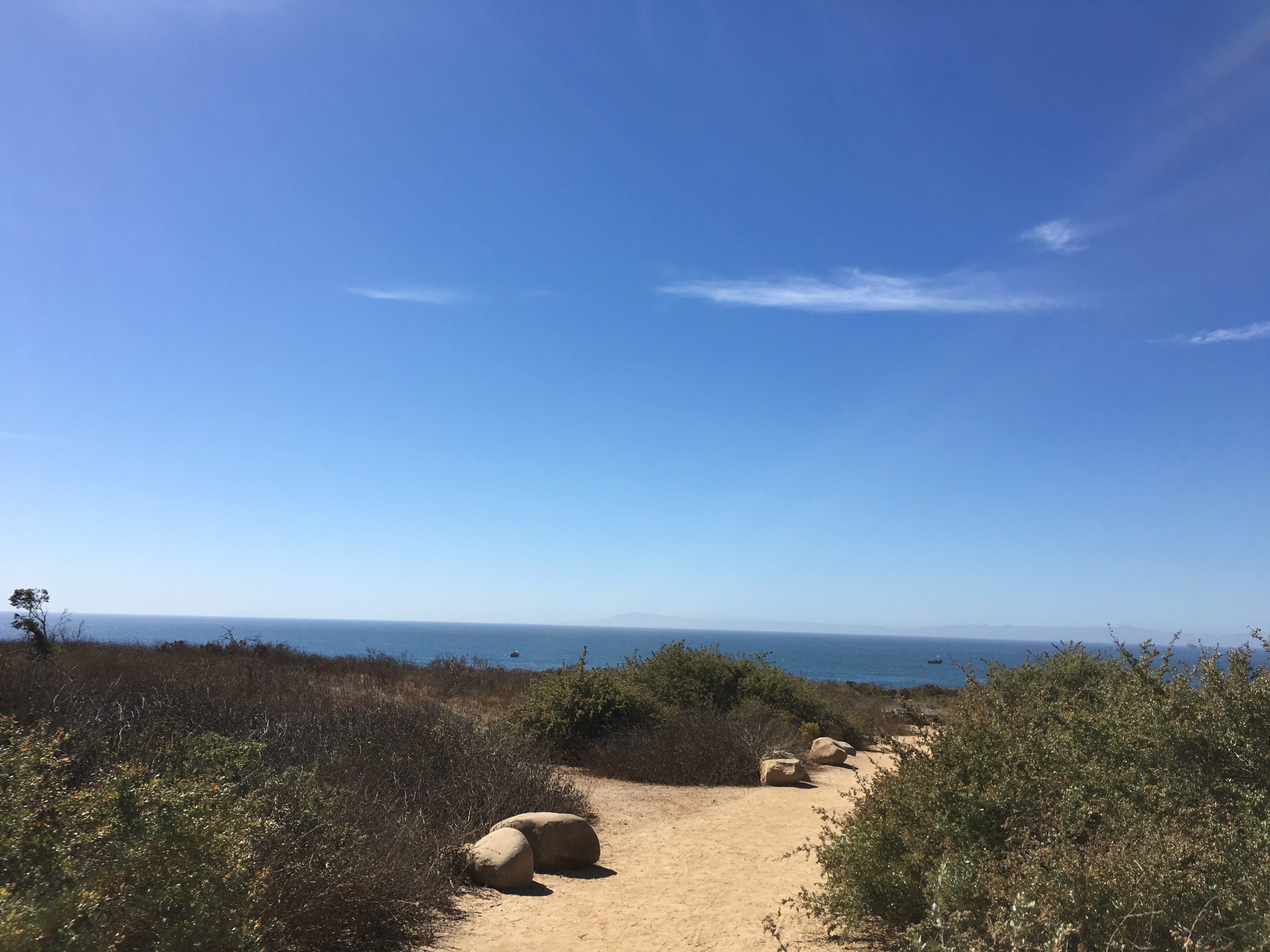 One evening before I left, Bruce and Teresa took me out for dinner in the delightful area known as Downtown Ventura, or more accurately the Historic Downtown Cultural District. It’s an old town, settled during the time when Father Junipero Serra was building the California missions, where brick store fronts mix equally well with new shops and restaurants. After we ate, we walked to a great little book store called Bank of Books. If you’re ever in Ventura, and you love books, go there! It’s an eclectic collection of used books, and you might even find a book-signing or an acoustic guitar concert going on when you arrive. It’s a fun place to stop in Ventura.

Also in the downtown area is the Victorian Rose, a B&B in downtown (it was for sale at the time we were there) and an historical landmark. Before it was a B&B, it was the Southern Methodist Episcopal Church and was built in 1890; it is the last of the original seven churches built at that time. 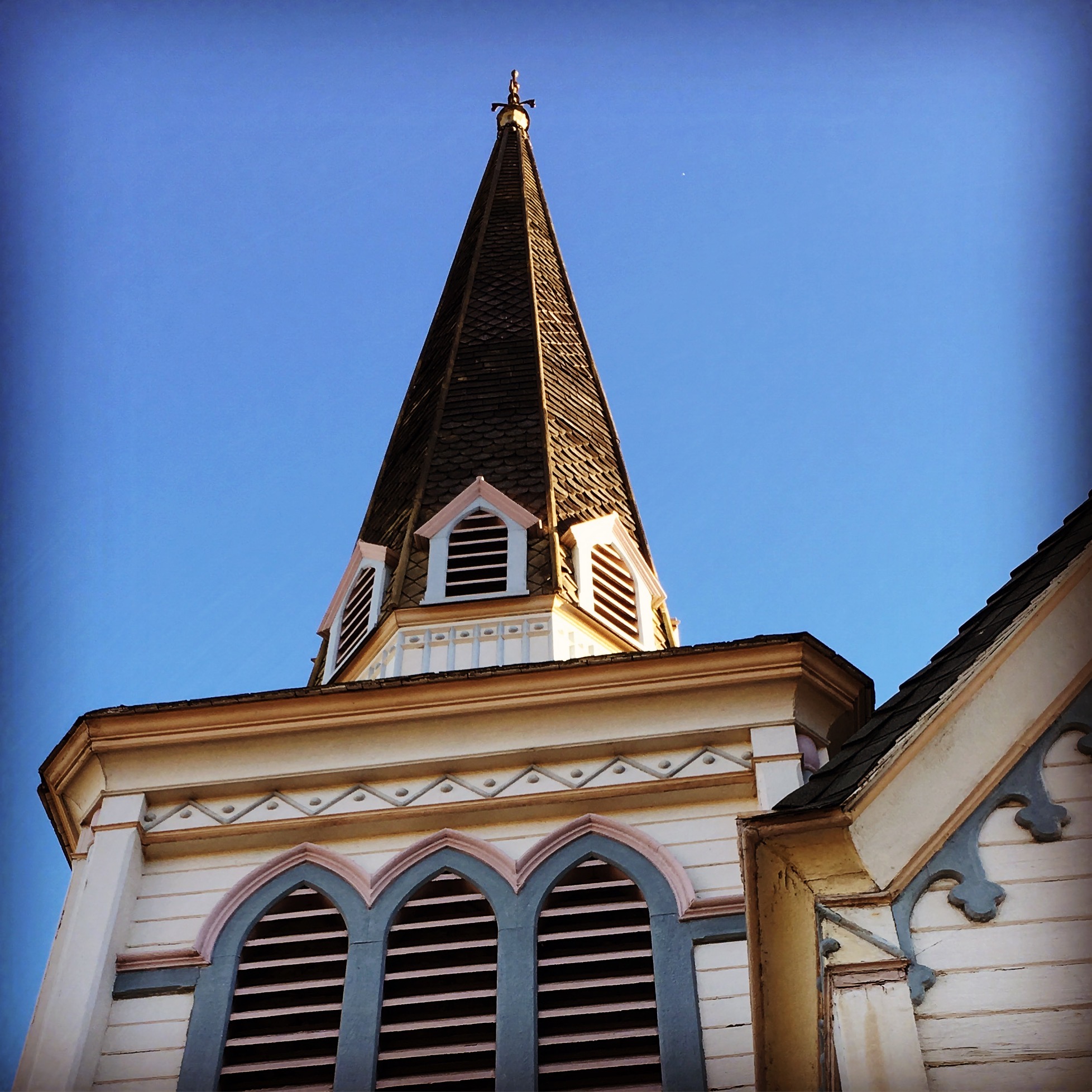 The Nature Conservatory has purchased an area of the Santa Clara River near Santa Paula off River Rock Road and the area is normally closed to the public; but while I was staying with Bruce and Teresa, the Sierra Club presented a workshop to discuss the restoration being done in the riverbed area. There is a non-native plant species that is threatening to take over the riverbed (and indeed has already done so in some areas) and the Nature Conservatory is working to restore the native habitat, hopefully to encourage native animal life and plant species to regenerate. Their goal is to eventually own as much of the river area as possible so they can rehabilitate the habitat and return it to its native state. The walk to the river, through the invasive plant species, was enlightening but I was literally shocked (and I wasn’t the only one) to find out that the Conservatory uses an herbicide that is also used in the product known as Roundup to clear the invasive plants from the riverbed. This product has been shown to be hazardous to the bee population and although the NC representatives were questioned about this practice, their answers regarding its use were less than satisfactory. Basically, to them, it comes down to invasive plants vs. bees – and the bees lost.

In any case, the day was warm and sunny, and we were able to take a walk in an area normally off-limits to people. I did enjoy that aspect of the riverbed restoration project 😀 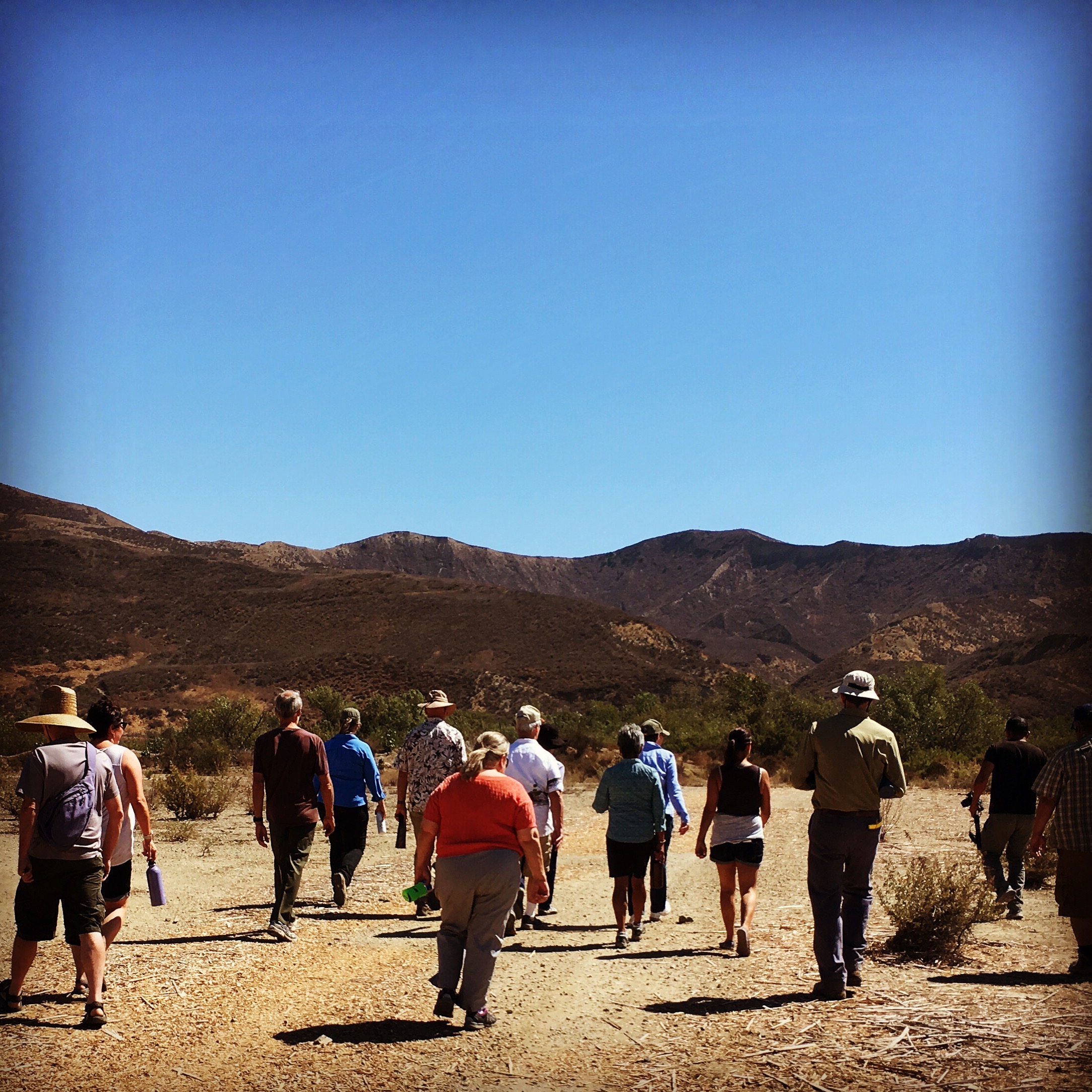 Bruce and I had pancakes for breakfast the morning that Teresa volunteered at the riverbed seminar (prior to the river walk) and my coffee mug had this most awesome statement on it. I wholeheartedly agree! 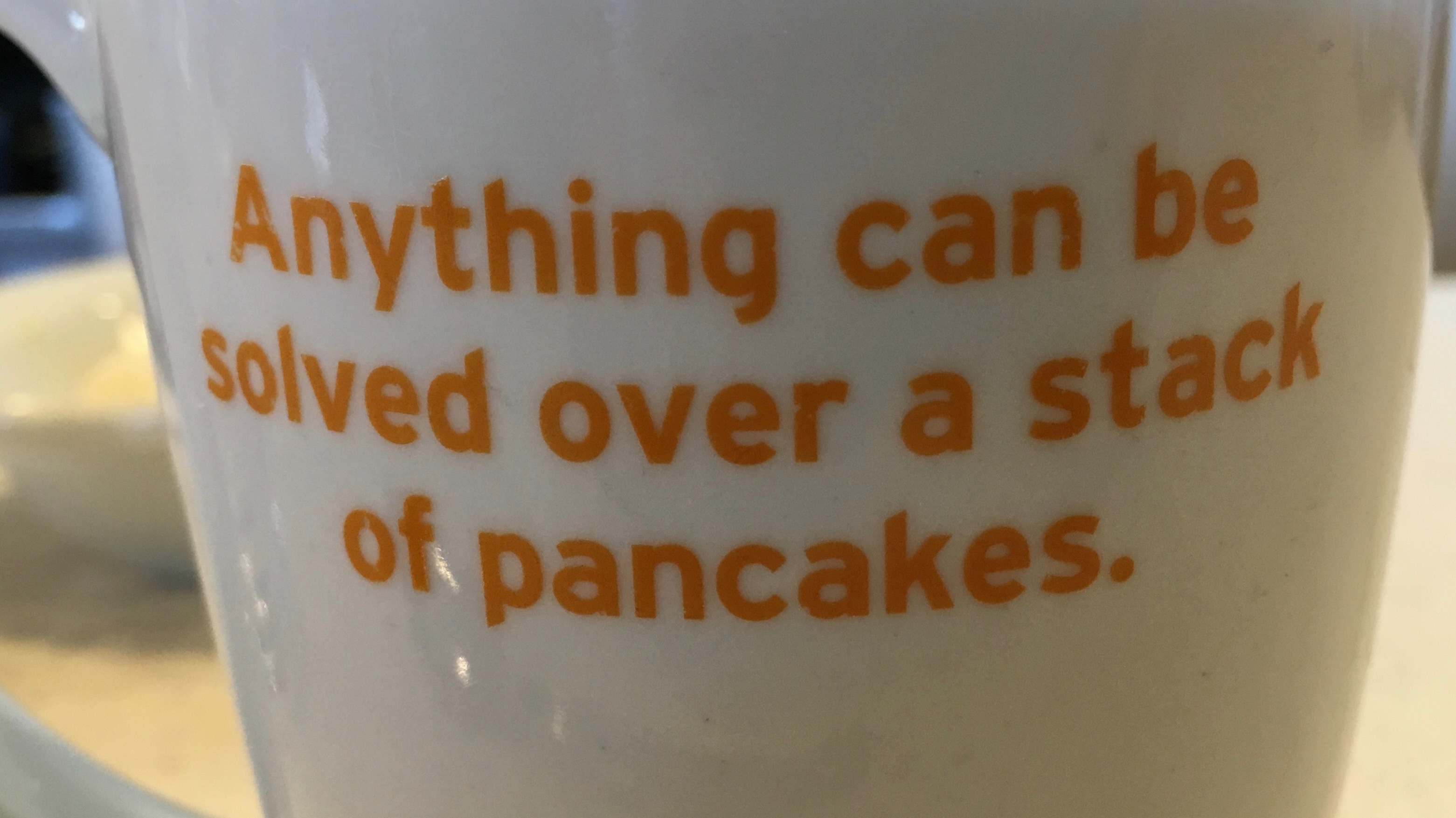 Another stay with Bruce and Teresa wrapped up on a gorgeously bright So. Cal. day… thank you both for a wonderful time – good food, good conversation, good outdoor activities, good weather, good friends. What more can a person ask for? 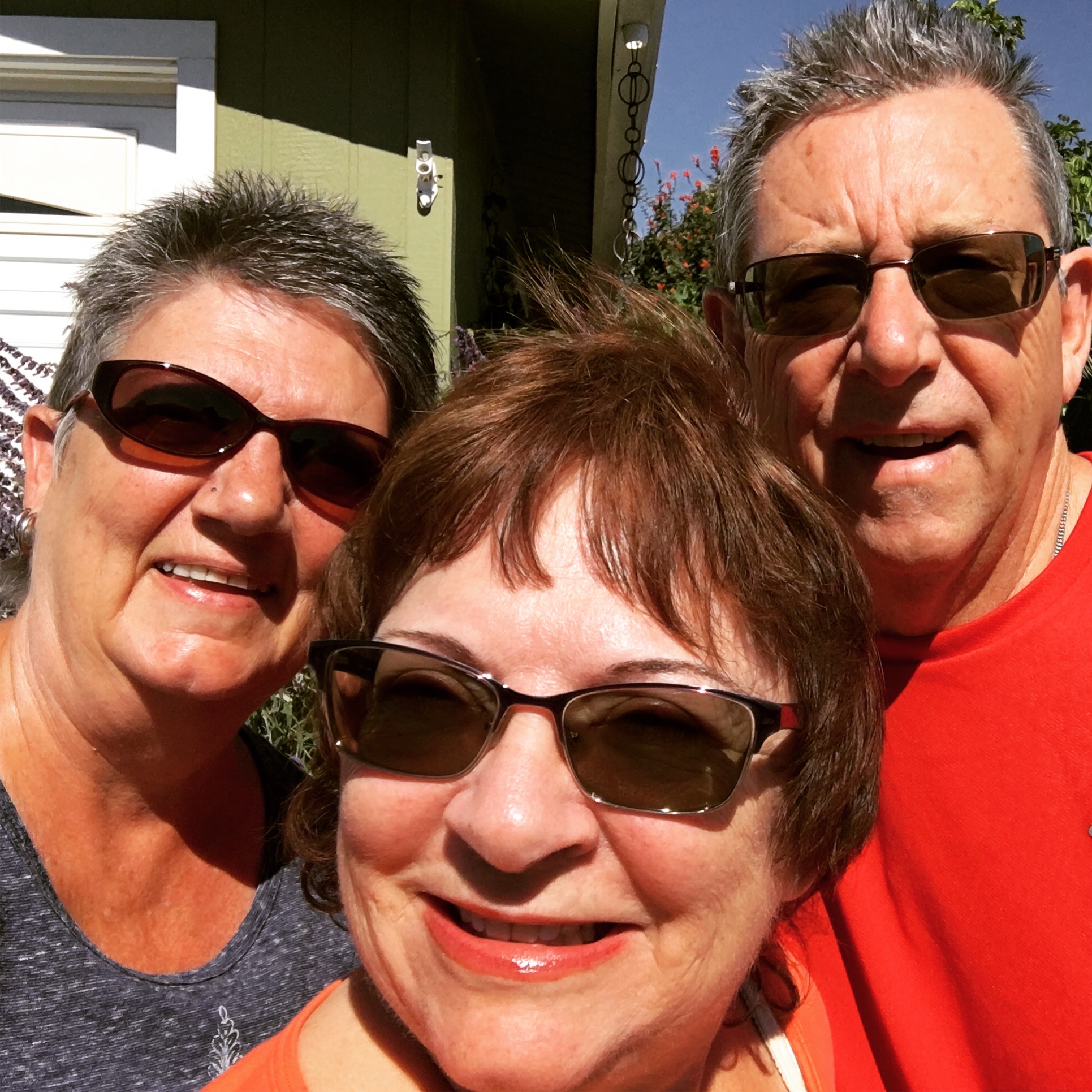 Friends are indeed the glue that holds our lives together, even when we only see them once in awhile. As I said at the beginning of this blog post, I am blessed to have friends everywhere and I’m humbly honored to be your friend.

Note: all photos are taken by me with my iPhone7 and most are unfiltered, other than adding a border or edge to the photo.

8 thoughts on “When the Ocean Calls, Go!”