So my little 19-foot tortoise shell has been listed on craigslist and is garnering gobs of attention.  I wonder who will be the Perfect Person to own it next? 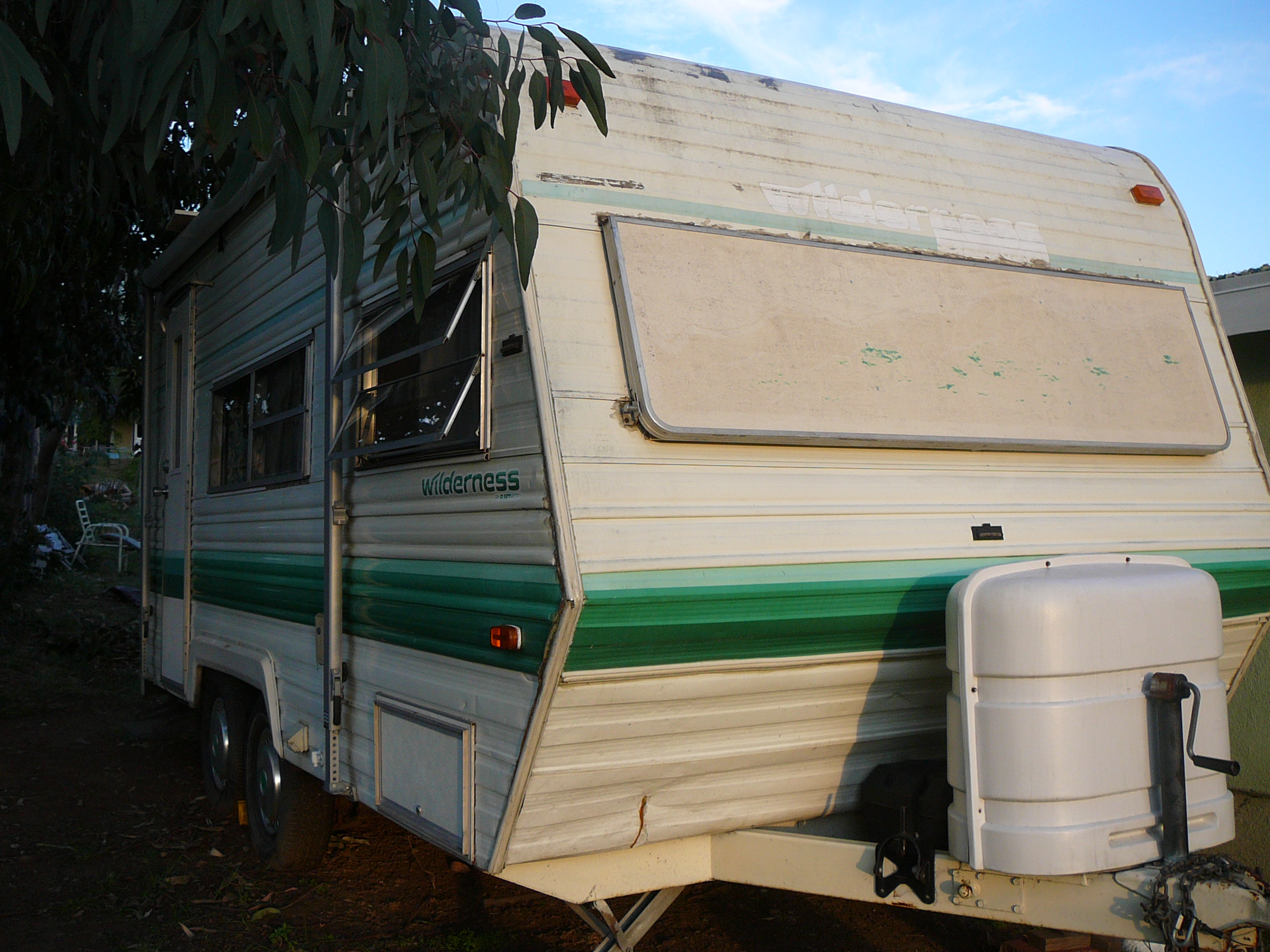 I bought this trailer a year or so after my house foreclosed and a few months after I was unceremoniously evicted from said house.  I had moved in with friends temporarily and it wasn’t long before I knew that I needed to make some other arrangements.  We were three adults, two babies, a big dog and three cats, all in the tiny space of a very small house.  To say it was tight quarters would be the pot calling the kettle black.

After I bought the trailer, my three cats, my dog and I moved in where we’ve lived for the last almost 3 years.  We ended up leaving Oregon and moving south to San Diego, staying off and on at the property of some friends, house-sitting for them when on, traveling around when off.  Along the way, two of the cats decided they had had enough of this life and they moved on, dying very unexpectedly just days apart.  That’s left the three of us, 15-year-old Dinah Dog, 10-year-old Louise the Cat, and me.  We fit just fine in the 19-footer.  It became home to us as we figured out how to negotiate ourselves in a much smaller space than the 3-bedroom/2-bath house we had come from.  It was our very own tortoise shell.

Before I listed little “19” as I call it, I took photos of virtually every inch of the little guy, hoping that the questions would be kept to a minimum.  So far so good.  Even with the extensive list of what the trailer has, I’ve still gotten a few inquiries about stuff that may or may not be on the trailer, but what the heck, even though I tried to cover all the bases, there’s always some question or concern that someone else will think of that never crossed my mind.  What a great adventure it is to get something like this ready to sell and then selling it – I’m looking forward to meeting the new Perfect Person who’ll be off on a new adventure!

Up on the Block!
Tagged on: adventure    foreclosure    road trip    trailer