I think we love to bash the phone companies.  If it’s not one thing, it seems to be another.  I’ve had the privilege of being the customer of a number of different phone companies over the years, and I can tell you, every single one of them had issues.  I think over all, the issues were good issues but every now and then, a bad issue would pop up.  And boy oh boy, you better watch out then!  ‘Cause I think I’m right in there with everyone else I know who has bashed their phone company from time to time.

I also think we sometimes don’t give credit where credit is due, simply because we love to bash stuff.  Well, I’ve tried taking a different tack – I’m focusing on the good issues and letting the bad issues go away in the interest of stacking up more good issues.  What’s happened is that the good issues seem to far out-weigh the bad ones!

Ok, before I go any further, let me say this: I don’t usually like using the words “good” and “bad” to describe things.  Things are what they are, meaning to me, they aren’t really good or bad, they simply just are.  Having said that, however, we people seem to relate to those words as descriptions of things we might want or not want to have happen to us or to have in our lives, whatever that means.  We want good stuff around us, whether it’s people, places, or things.   We don’t want bad stuff!  Now back to the story… 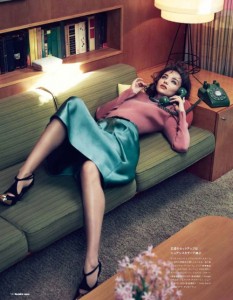 I got a new phone a few months ago.  I’ve been challenged mightily while learning the ins and outs of mobile data plans, cell data, hotspots, unlimited calls and texts, etc. so I’ve been on the phone more than once to my trusty phone company.  Once again, last night, there I was, dialing 611, hoping someone on the other end would be able to help me understand what was going on with my phone service; this time, it was the bill. When I logged in to the company’s mobile app on my phone to pay my bill, it was about $30 more than it normally is and I hadn’t done anything extra to make it that much more.  With unlimited everything except data, I keep a close watch on my data usage so I don’t go over the limit, so I knew that wasn’t the case.  After opening a .pdf of the bill, I discovered I had 57 minutes (almost one hour!) of international long distance added onto my bill… and I haven’t even been out of the country for years!  I don’t think they can charge me for wishful thinking.  I mean, can they?

The guy who answered the phone, Quentin by name, heard my story and made a lightning-fast adjustment to my bill, bringing it back down to what it’s been since I got my new phone.  Wow!  It happened so fast, and so easily, without any huge explanation or argument on my part, I was simply… simply overjoyed!

Quentin of AT&T, you made my day.  Well, technically it was night, but I want you to know you simply rock!  And every time I’ve called AT&T for any reason whatsoever, I’ve gotten other representatives who’ve been just as helpful, courteous, and pleasant as you were last night.  Count me as one of your loyal, singing-your-praises customers.