A couple of weeks ago, my back, or to be more precise, my lower spine, took off on its own adventure.  I say it was its own adventure because the adventure it went on was not one I would have chosen on purpose. Or even not on purpose. Because this adventure felt like someone slammed me in the back, just below my waist, with a 10# sledgehammer. No, make that a 15-pounder. Whatever. In any case, I almost couldn’t move. And when I did move, it was with excruciating pain. What the hell. I didn’t even remember doing anything that would have tweaked it like that. Ow! I certainly wasn’t having fun when I did whatever I did or I would have remembered it!

So I went on a mission to find some relief. The first thing I did was haul myself over to the flea 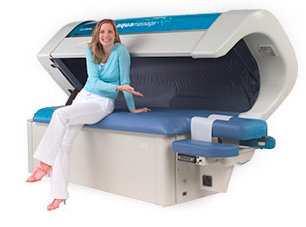 market here in Yuma where they have one of those water massage bed things where you don’t get wet, but the jets of water pound your back.  In a good way.  It was awesome. Boy, did my body feel good. But not that part of my lower back that was in so much pain. It just didn’t fix it. Which led me to believe it wasn’t muscle related… or else, that water jet massage would have at least lightened up the pain. But no. It didn’t.

So I went on another mission to figure out how to get back to my chiropractors, either one of them. The closest one is a 6-hour drive away in northern San Diego County. Six hours of driving and towing to get there. I couldn’t sit for an hour, let alone driving and towing for six hours. My other chiropractor is in Vancouver, WA, about a 3-day drive-and-tow from here where I am in Yuma to there. So now what… back to the mission.

So some weeks back, I had cut out the ad from the local penny rag give-away for a chiropractor here in Los Algodones, Mexico, thinking I might have need of his services some day. 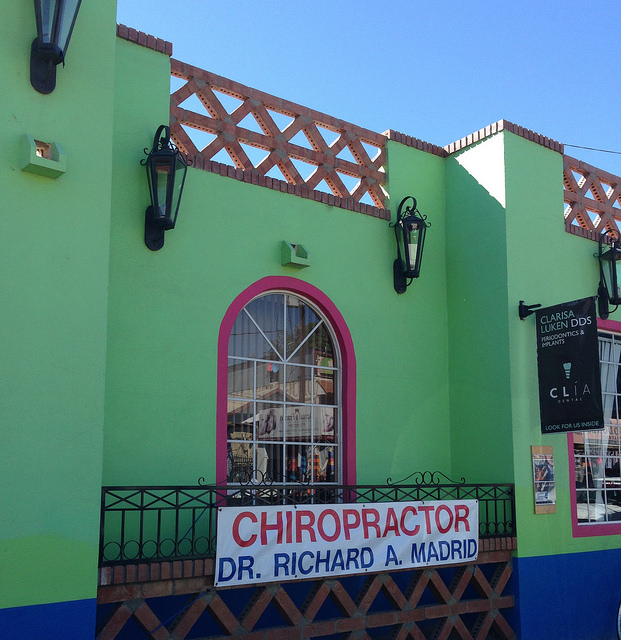 His ad looked good enough, but… there’s always a “but” when it comes to finding someone to crunch your bones, especially if you’re doing it without any personal recommendations from anyone you know. Ok, so he’s a 42-year graduate of Palmer Chiropractic School. Check one off. For a couple of reasons. I think Palmer is a good school – they teach what I call “old-school chiropractic.” Graduating forty-two years ago means the guy has been around for awhile. That’s a good sign, too. Los Algodones? I didn’t know about that one. I mean, what happens if he makes something worse? What recourse would I have?

So I gave them a call. On their US landline phone number. And a recording came on with a woman’s voice with a slight Southern accent. Ok, that sounded good. Turns out they’re a “walk-in practice only” so I couldn’t make an appointment. Check another one off. I hate appointments. Messes with my sense of having-no-place-to-be and no time frame in which to do it. 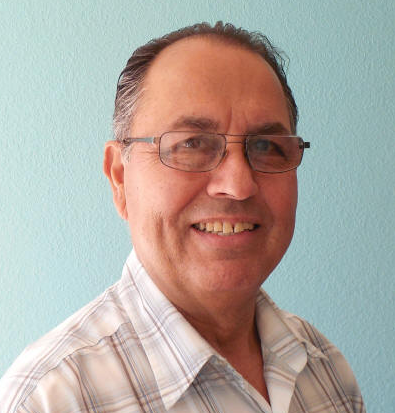 So I got in my car and headed over to Algodones. Quick ten-minute drive; quick ten-minute walk from the parking lot. Shrimp taco capital of this part of the world. Yep. Maybe I’d get another taco out of the deal.

Dr. Richard Madrid turned out to be a delight. Not only was he an old-school chiropractor, but he was personable and charming to boot. The woman with the Southern accent turned out to be his equally charming and chatty wife. She runs his “office,” which is really a table/desk in the hallway at the back of a small medical clinic two blocks from the US/Mexico border near downtown Algodones. Yay! Score!

I’ve been back to see him once more; each time I left his office, I was walking better, in far less pain than when I went in, and feeling like I was ready to take on the world again.  Today, just two weeks after I thought I was never going to be able to drive again, 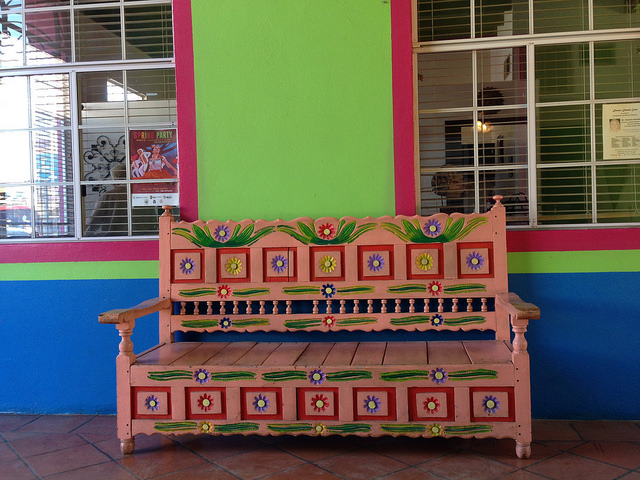 let alone walk, backpack, hike, skip, or jump, I’m capable of doing all those things and more. I might stay here in Yuma another week just so I can get a tune-up from the doc before I get on the road… but then again, I might just head on out, since I’m feeling not only up to par, but like I already said, ready to take on the world again. Or at least, the interstate to somewhere other than here.

No, I didn’t get any more shrimp tacos. I’m not sure why, Could be that it was too early in the day for lunch; could be the border crossing was already getting long by 11:30 in the morning (what’s up with that?!); could be I just wasn’t hungry. I don’t know. Felt weird to go over there and not get a shrimp taco.

So my aching back is just about aching no more. In fact, the little bit of pain that’s left is so small most of the time I don’t even feel it. Just when I move a certain way. And it’s kind of like the old joke: patient goes into the doctor’s office and says, “Doc, it hurts when I move this way.” And the doc says, “Well, then, stop moving that way!”

So that’s where I am right now. Not moving that way.

See you on the road somewhere!