Mother’s Day this year was a tough one for me. I’ve spent the last two weeks trying to figure out if I could even write about it or not. I guess I’ve decided I can because here I am. So here we go. 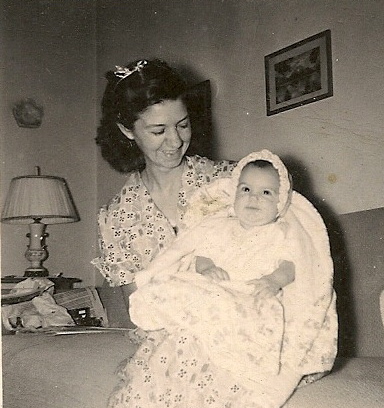 Two weeks ago was the first Mother’s Day in my life that I got to celebrate without my mom actually being here on Planet Earth. Yes, she and I spent our lives together being challenged by the prospect of being mother and daughter but she was my mother and I loved her because of it. I loved her for the person she was that was not the person who birthed the four of us kids, and once I was able to grow up a little, I was also able to love her for the challenges she found in being a parent.

It was weird to not have a place or a person to send flowers to this year. Other than a couple of years when I didn’t know her address after she moved to Oregon (long story… best left for another day), I’ve given or sent her flowers on the second Sunday in May every year since I can remember. It just felt strange to know there was no place to send flowers to this year.

I’m also a mother. My claim to motherhood is a forty-six-year-old son who lives in Portland, OR with his partner of some twelve years or so and their 12-year-old pug named Isabella. (I also have a few other people around who call me their “second mom” and always call or somehow contact me on Mother’s Day. It’s fun to hear from them every year.)

This year, I didn’t actually talk to my son, Mark, until about 9:00 PM that night (he’d called earlier in the day around noon-ish, and because I was “away from my phone” for a bit, he’d left a message on my voice mail, asking that I call him back – and so I did. He didn’t answer the call-back and knowing that he doesn’t listen to his messages, I didn’t leave one. His phone would show that he had a missed call from me. I figured that was “message” enough 🙂 ). 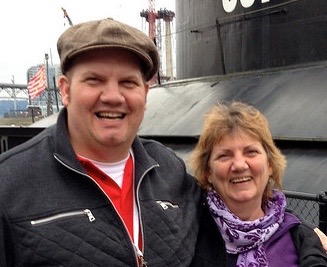 It was really nice to talk to him that night, especially since he rarely calls me, and to know that he spent the day with other people celebrating Mother’s Day. He even gave flowers to a woman who didn’t know what Mother’s Day was; she’s the wife of a new employee where he works and they’re from a country that doesn’t celebrate Mother’s Day. Sweet, huh? Yup. That’s my boy.

And even though he’d say, if you asked him, “this isn’t about you, mom,” I’m going to say that sometimes it IS about me. Sometimes it just is. And this was one of those times.

Between these two events, not having my own mom alive on Planet Earth and not talking to my own kid, I spent most of the day feeling pretty bummed. I don’t think I was necessarily mopey, just bummed. I was on my way back to the Pacific Northwest after spending the winter in the Southwest and was camped at a lake in northern California where many families had arrived to camp, fish, boat, and bbq together to celebrate Mom’s Day… and here I was in a campsite nearby, all alone. It was a vivid reminder, all day long, of just how alone I was, especially that day. Most of the time I’m okay by myself but two weeks ago, I didn’t like it. I wanted to be with people who enjoy being together, who have fun and get along with each other, who laugh and eat food together. I wanted to be with the son I remember from previous years when we used to have fun when we got together. I didn’t really want to be by myself on Mother’s Day this year. I don’t know how to explain it without sounding like I’m whining and complaining, which is not my intention. I guess I just don’t know what that word “family” means anymore. I don’t have parents here on Planet Earth anymore and my younger brother has ditched his family, including his wife of 42 years, to belong to another family, the one of his new wife. My baby sister is difficult to reach, doesn’t answer her phone, only reads her emails once a month (according to her), has a voice mail box that’s always full. My son doesn’t seem to be interested in having me as part of his family anymore either. I’m not lonely but I’m definitely all alone.

I’ve done a lot of contemplating, thinking, analyzing over the past weeks, months, and yes, even years, but I haven’t done much more than just consider stuff. Perhaps that’s what this Mother’s Day was all about for me… a catalyst for making some changes in my life. I’m getting older – I’ll be 65 next month – and my health isn’t very good. I’m houseless, homeless and living in my car (even though I call it my converted Expedition Vehicle, it’s still my car). Whether I like it or not, I need to make some choices soon, some of which will affect the rest of my life, however long (or short) it is, and one of the things I need to do is to find people who will support me and will be there for me when I need help. I’ve kind of accidentally discovered who some of those people are over the past two years since my injury out at Lake Mead in April 2015 – they’re the people who’ve taken me in when I needed to recover from that fall as well as other injuries, some medical procedures and a surgery. They are friends, some of whom I’ve known for years and others only a short amount of time. They’re not my “real” family members because none of those real family people seem to be interested in being a family. And what’s a “family” anyway? Heck, who knows. How about this: family can be anybody you want them to be, whether they are blood relatives or not. Maybe “family” are the people who want to see you when they know you are arriving, who want to share food with you, who call you to see how you’re doing, who want to sit together and have conversations with you, who share with you the “good” stuff going on in their lives as well as the “not-so-good” stuff, who are considerate of your needs, who communicate with you “what’s going on.” Does that sound like what family is? Do you have people like this in your life? Do you have family around you to support you? Do you know people who would help you out if you needed it?

I sure hope so. I’m trying to figure out what to do with my own self to make sure that I have the help and support I need, and am going to need, as I get older. I’ve said all along that getting old isn’t for wimps so we’ve got to be strong in this. Our culture doesn’t support its older population and because of that, it becomes even more important to make sure we have people around us who care about us as we age.

“Home is the place where, when you have to go there, they have to take you in.”

— Robert Frost, The Death of the Hired Man

This sentiment from Robert Frost no longer seems to be true in our country today. Or at least it isn’t for me – I don’t have a home or a family to go back to. I am alone in this world… alone with friends, that is.

With that, I’ll close this up for tonight. There’ll be more along the way as I discover what it’s like to be alone, looking for resources, finding community, trying to figure out my best options for locating people who will take care of me as I get older. I’ll be sharing with you my discoveries and how they came about. Fair enough? So be well, my friends. Take care of each other. Be kind to one another. Hug someone and get a hug back from them. Smile at a random person as you walk down the street or stand in the cashier’s line to check out.