Yesterday, I got my right arm wet for the first time in a month – I took a shower. Yes, I’ve been getting the rest of my body clean via soap and water, but there’s nothing like that feeling of standing under hot, running water, and not having to worry about whether or not you are getting that arm wet. 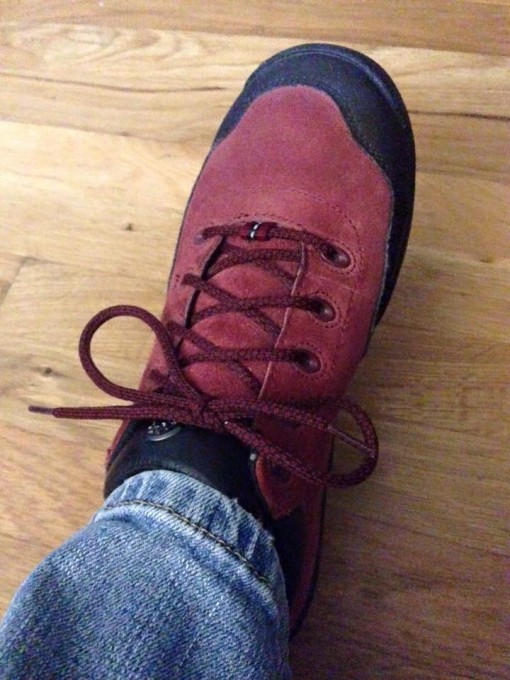 I tied my own shoelaces. Tight. In bows. I’ve been twisting the laces and tucking them under the crossed laces near my toes, but there’s nothing like tying tight little bows with your laces.

I made dinner for Mark and Nick. It was an easy meal – pasta ravioli with garlic naan, but there’s nothing like being able to make a passable dinner for someone else.

I drove myself to the post-op appointment. It felt like it was 100 miles away instead of just 12, but there’s nothing like being able to drive yourself places in your own car.

I buttered my toast without having to chase the butter dish all over the counter because I could hold the dish steady with the fingers of my right hand. Yes, I still got too much butter on the bread, but there’s nothing like “too much butter” on toast, is there?

I went to the store and bought my own stuff. Drove myself. And spent my own money. It was a quick, short trip, but there’s nothing like having the energy to walk up and down the aisles and put things in your own cart. 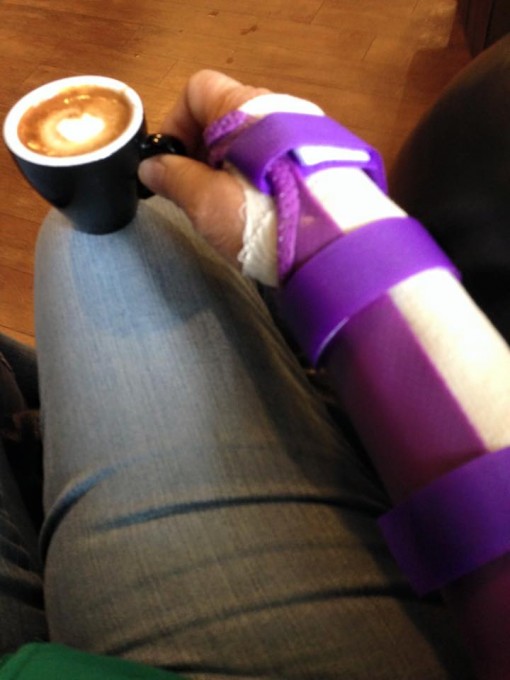 I’m typing this blog with both hands. Granted, it’s not a fully-functioning right hand yet, and it’s taking longer to type than it used to, but there’s nothing like being able to use both hands.

It’s the little things that make up my days right now. Little things that mean more to me now because just a few days ago, I couldn’t do them. And haven’t been able to do them for a month. I think the cliche that you never know what you had until you don’t have it anymore is true. At least, in my case, there’s hope that I can recover most of what I lost. I don’t ever want to take it for granted again. Losing the ability to use one of my hands, my right hand, my dominant hand, has not been a comfortable thing, either physically or mentally. I’m doing everything I can – listening to the doctor and doing what he says, seeing the hand therapist every week and doing what she says, doing my exercises four times a day – to get back whatever motion and usability I can, as well as recover from the surgery and physical trauma of this injury. Some days, it’s all I can do to make myself a cup of tea and a slice of (well-buttered) toast, but I’ll take that any day over the alternative.

2 thoughts on “It’s the Little Things”