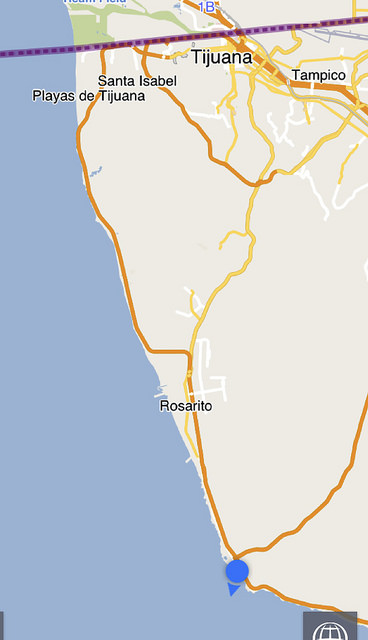 House-sitting can be an interesting way to see areas outside of your own home town.  For me, it’s a way to get out of my trailer for a few days or weeks (or months?) and maybe see a different part of the state or city I’ve been traveling in. I recently had the opportunity to house-sit for a friend who owns a house just south of Rosarito Beach on the coast over-looking the Pacific Ocean – less than an hour’s drive south of the border. She needed someone to watch her cat while she traveled in the mainland part of Mexico and of course, when asked if I wanted to be in North San Diego County where her main house is, or on the bluff overlooking the ocean in Baja, well, we know which one I chose! My ocean soul would never have forgiven me if I’d chosen inland San Diego County over beach-front Mexico. So off to Mexico we went.

We arrived in Baja a couple of days before her departure so she could “show me around town” (read that: show me the locations of the veterinarian for the cat, the water re-filler so I could get bottled water, her favorite shrimp taco place, etc.).  We bought two weeks worth of Mexican auto insurance so I could drive her car while she was gone, without any hassles if I was to get in an accident – heaven forbid! 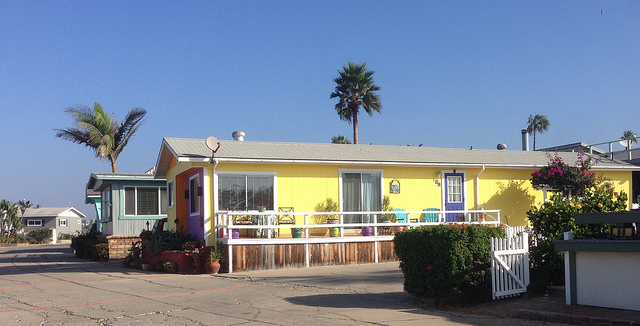 Mexico takes its car insurance laws seriously and if you’re involved in any kind of traffic accident without having insurance, it does not go well for you. So for $37, I was covered for the entire time my friend would be gone and I could drive her car without worrying about accident coverage. My recommendation for anyone driving south of the border? Get the insurance.  It’s far cheaper to buy it by the year but even buying what you need for a few days is better than the alternative.  Just do it.

I spent the two weeks feeding the cat and feeding my face with shrimp tacos.  I ate so many shrimp tacos, I thought I was going to turn into one! I was sure I’d wake up one morning with tortillas for feet and pinkish-orange skin. Since they were only a couple bucks or so each, it made it very easy to keep within my budget and still go out almost every day to get one. And of course, Mexican Coca-Cola 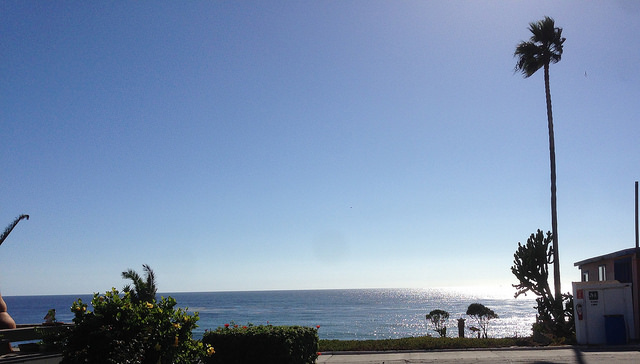 is everywhere and well, if you’ve never had a real Mexican Coke, you don’t know what you’re missing!

The rest of my time was taken up with walks on the deserted beaches, crawling around the tide pools at low tide, walking through the nearby fishing village, reading books in the sun, chatting with the neighbors, watching and listening to the waves breaking over the rocky coastline, and just all around enjoying my time in the slow and slower “Mexic0-time” of Baja Norte.

If you’ve never heard of Mexico-time, it’s a completely different culture than our “normal” fast-paced lives here north of the border. 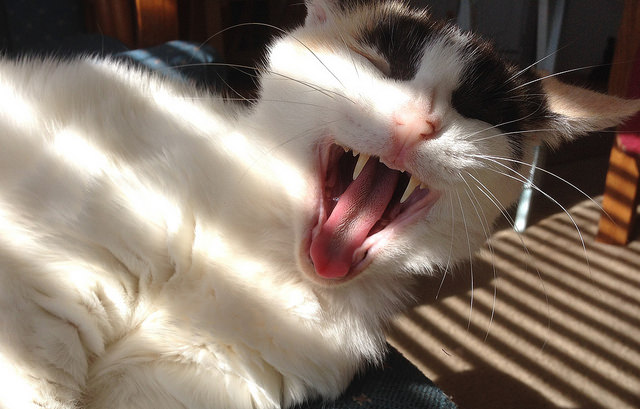 Island time and Mexican time are very similar – nothing moves very fast, and a lot of things don’t happen “on time.” Scheduling the plumber to come repair a pipe might happen near the designated time… but it just as easily might not happen till the next day. Or week. Better to relax and enjoy it because I doubt if it’s going to be changing any time soon!

Driving is its own lesson in Mexico time.  A four-way stop is just that – you stop, and then you go. You don’t have to sit at your own stop sign waiting for the next guy to go but you kind of creep forward, waiting for him to turn in front of you.  You still go in a clock-wise rotation but all four of you could be in the middle of the intersection at the same time.  It can be disconcerting

if you’re a regular north-of-the-border driver where you wait at your sign, more or less behind your own line, for the person on your right to go.  I loved driving there. People seemed much more courteous; but that could have been my own perception.  Others might find that driving that way has the makings of an anxiety-fest.  My advice: just relax, go when it’s your turn, breathe in, breathe out. Nobody’s yelling or pointing fingers at you!

The first week I was house/cat-sitting, there was a heat wave in the entire southwestern US and upper Baja. It was well above 100 degrees (I heard it was 114!) in some areas around Los Angeles but it was only about 95 along the coast of Baja Norte, so people wanting to escape the heat were coming to their beach houses and/or camping at one of the campsites which are also a part of the little development at Popotla.  The ocean breezes were still gentle and of course, the water was delicious on bare feet!

Life in Baja is definitely slower-paced and more mellow than life north of the border, at least if you’re located in any kind of city or town.  It’s relatively inexpensive to be there – rents are low (houses are available to rent in neighborhood areas of Rosarito Beach for about $300 a month and up), food and drinks are cheap and abundant. Vacation rentals are reasonable (my friend rents her house out; let me know if you’re interested – and no, I don’t get a commission!), the roads are easy to drive, especially the low-cost toll road, people are super-friendly and helpful, and speaking Spanish might help but is completely optional because there’s always someone nearby that speaks English who will translate for you, or you can use the hand-method – just point at what you want.  Baja and its food are safe – safe to travel in and safe to eat. So… go now! There’s a bench waiting just for you! 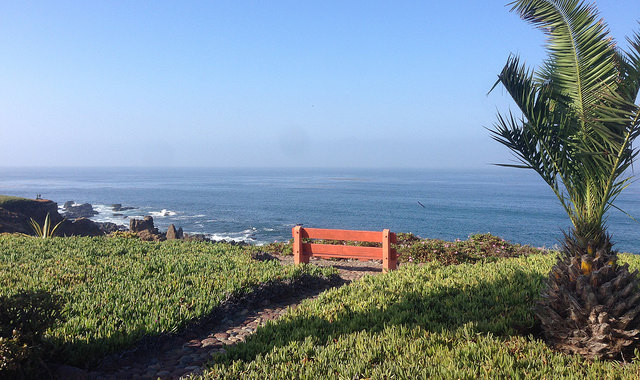 Up next: the food of Baja… Stay tuned!