I’ve been hearing about Craggy Wash for months. Literally months. Why I didn’t head up here earlier in the year, I can’t even begin to guess. Oh wait. Yes, I can. It was all about the shrimp tacos in Mexico. And being near the tequila store. In Mexico. My location at Pilot Knob was only a few miles from the border town of Algodones, Mexico and I wanted to make sure I had all the shrimp tacos I could eat before I headed back north-ish.

And so I sat – in the wide open desert west of Yuma, with hardly any vegetation, and certainly no barriers if it got windy, for a couple of months. Eating shrimp tacos. As many as I could possibly eat. And when I did finally hitch up and move on out north-ish, it was to Craggy Wash, just a few miles north of Lake Havasu City on the Arizona side of the Colorado River. It’s also about 150 miles south of Las Vegas and Lake Mead where I was headed to next, so it made a perfect stopping off point.

“Stopping off” is relative, of course; I ended up spending three weeks there. Craggy Wash’s proximity to the Colorado River, to decent natural food stores, to easy-access major grocery stores, and lots and lots of sun, 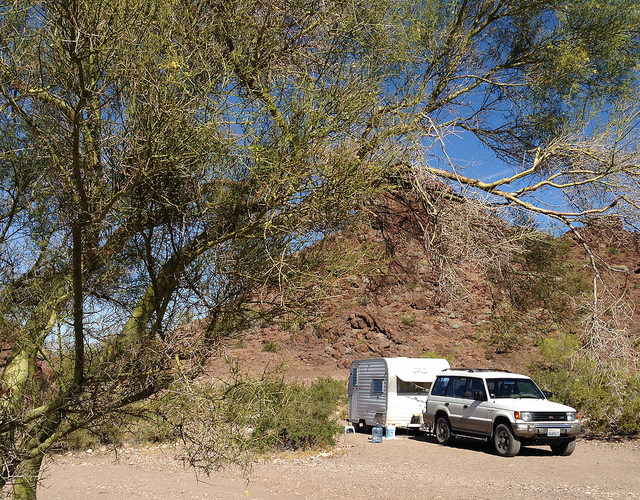 made it easy to stay for just one more day, then just another day, then of course, another day. All told, twenty-one of them went by before I moved on. (There were a few days of high winds through-out the Colorado River Valley, including major dust storms in the Vegas area, and since I don’t tow on those high-wind days, of course, I had to spend those days at the river, sitting with my feet in the water, enjoying life.) My campsite didn’t have any trees, but it was near vegetation and I had lots of space to put my chair in the shade, kick back and read a book. 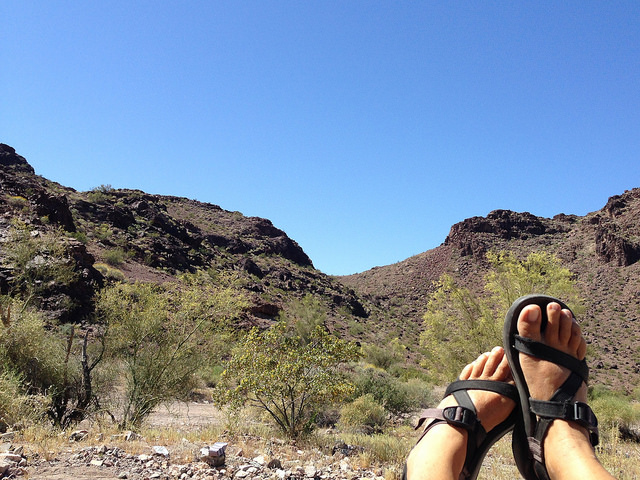 Or just sit in the silence and relax.

Lake Havasu City has grown up since I first began coming here over forty years ago. The London Bridge that was installed (from London!) in 1971 now has a charming, if somewhat dated, little British village that is home to boat rentals and lake cruises, small eateries offering everything from pizza to ice cream, the obligatory souvenir shops selling hats, t-shirts and shot glasses, and benches upon which to sit and watch the river and its life go by. I was there on one of the high-wind days so there was little activity on the river. It was still a gorgeous sunny day out and the bridge still looks magnificent sitting on the Colorado River. 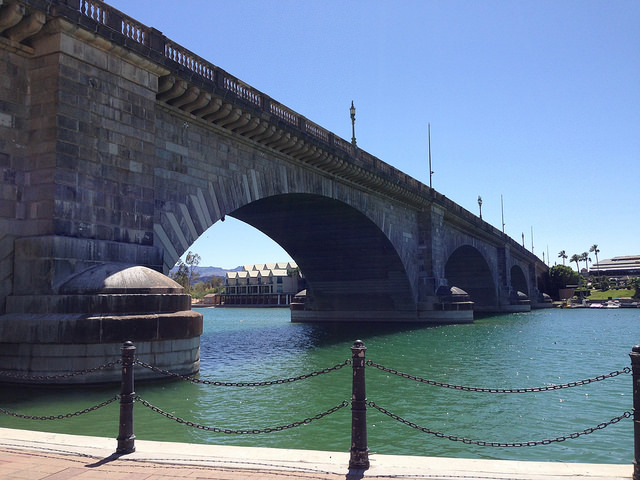 Lake Havasu State Park boasts a white-sand beach, along with a magnificent campground right on the Colorado River, and while I didn’t get out of the vehicle due to just passing through to check it out (because of not wanting to pay the $15 day fee), I did take a pic of the beach. 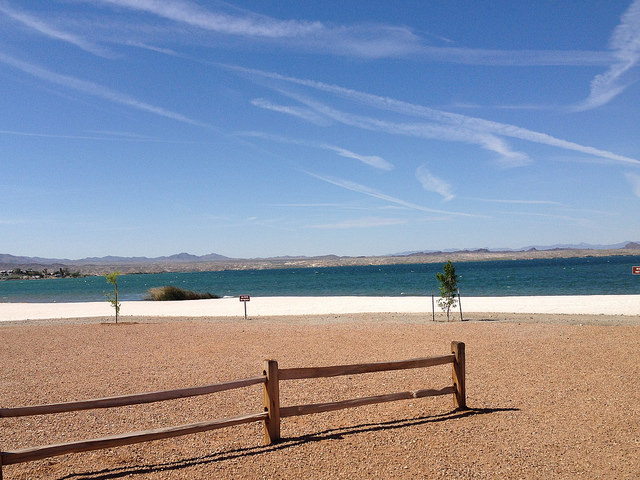 Lake Havasu City also has a couple of very nice city parks along the river; this one is called Rotary Community Park and the official city page for the park says they have “picnic facilities, barbecues, three playgrounds (one for persons w/special needs), six beach volleyball courts, 2 park host locations, ball fields, bocce ball courts, buoyed swim area, restrooms, a walking path, and open space areas.” It truly is quite the park. 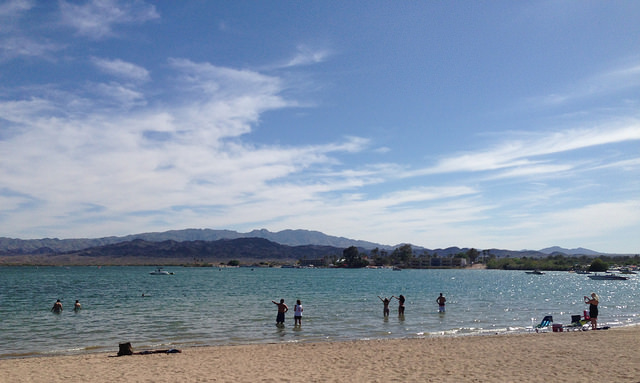 But Rotary Park doesn’t allow dogs, so if you have a dog, you might want to try the London Bridge Beach Park, which is a fantastic park as well. It includes a large fenced dog park, as well as a very nice beach access, boat ramps, areas to stand-up paddle-board, picnic areas, and playgrounds for the kids. 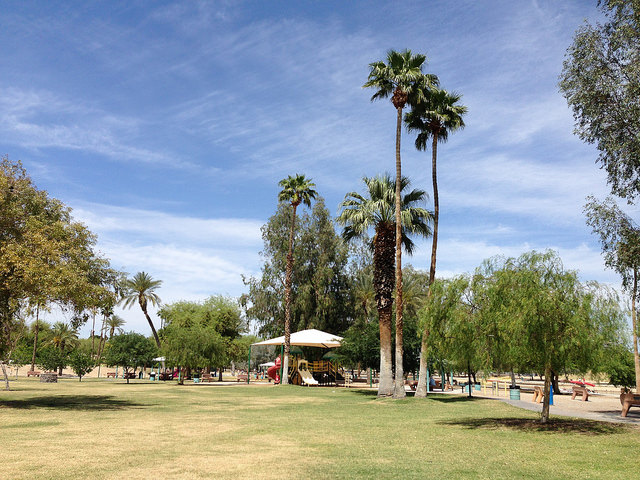 My own favorite spot is Mesquite Bay, just about seven miles south of Craggy Wash. It was peaceful, quiet, quite often deserted, and I loved it! Non-motorized boaters may launch in the bay so kayakers were a frequent sight. There’s a fishing pier, benches to rest on, flowering trees, even a bird nest right above the concrete trail that leads down to the fishing pier. There are many places to walk down to the water, and sit in a chair, reading, meditating, listening to birds, and watching a lizard or two scurry by. 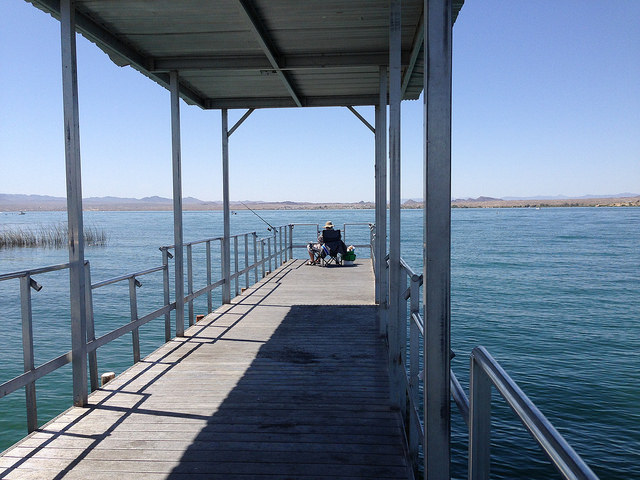 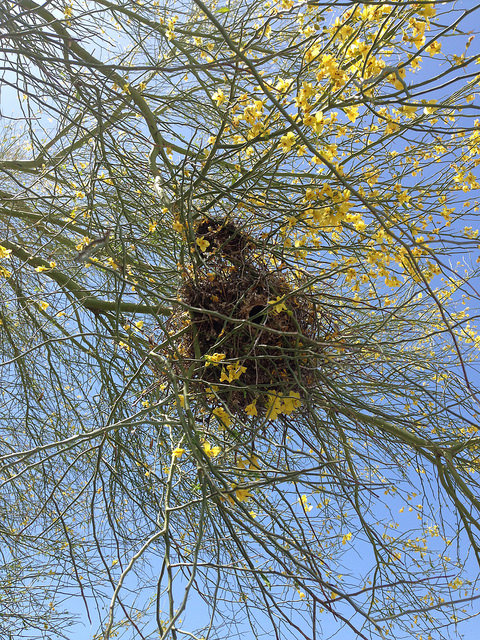 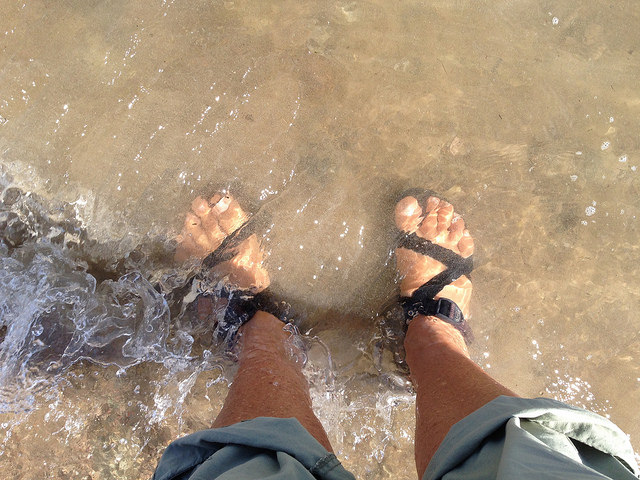 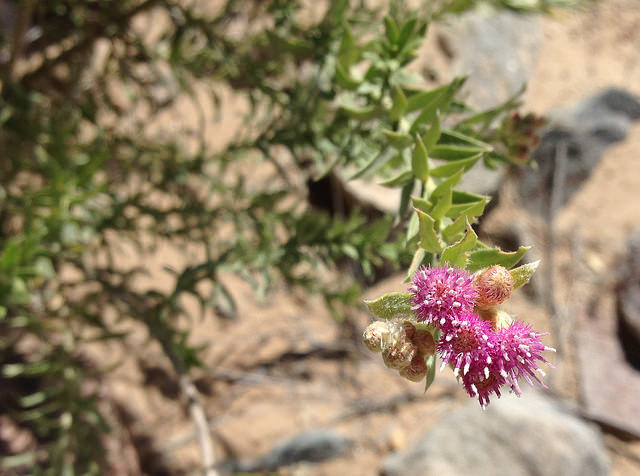 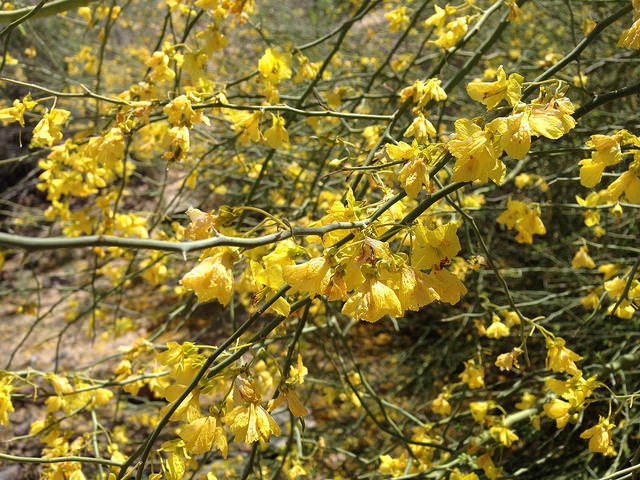 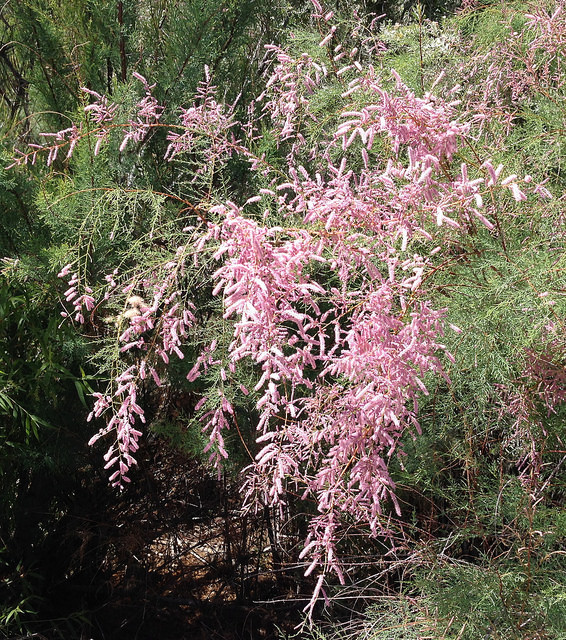 …and then there was my favorite evening: a picnic with a few friends – (clockwise from upper right) Happy the Dog, Oakley and Happy, Ted, and me. We had a very nice evening, eating food, swimming in the water, sitting in chairs, chatting and laughing.  It was great! The only thing that would have made it better would have been if you had been there, too. Maybe next time you will be! 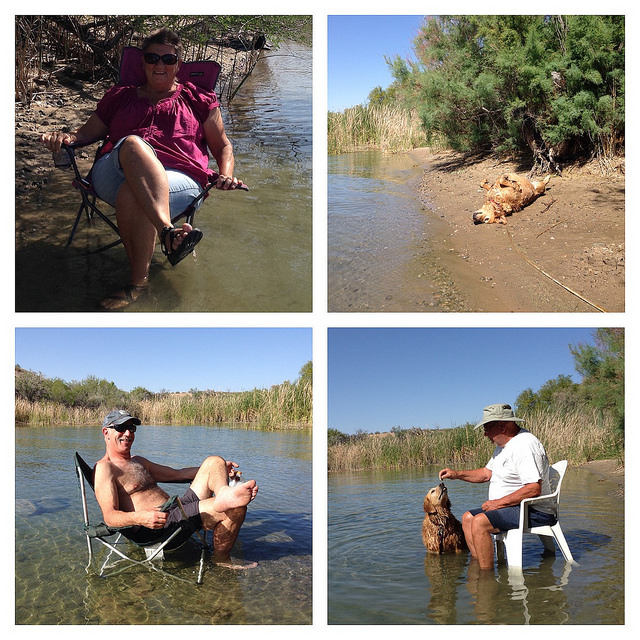 On that note, I bid adieu to Craggy Wash. Until we meet again, my new friend!

2 thoughts on “So Long, Craggy Wash ~ It Was Nice Knowing You!”