Want to have a fun afternoon with gobs of people watching, a little bit of standing in line, and a view of what goes on behind the cameras at one of the top talent shows in the US?  Oh yeah, and getting to see lots of talented people (and a few not-so 🙂 )?

Go get yourself some (free) tickets to go see America’s Got Talent!

And then once you have your tickets for the day of the filming, make sure you get there early and stand in the line outside so you can get seats for up near the front of the venue, where you can see the performers, watch the camera operators, see the judges of the show up close, and jump up and down and yell (a lot!). Even though I’m sure the balcony seats are fun as well, it is beyond fun to sit way close to the stage. 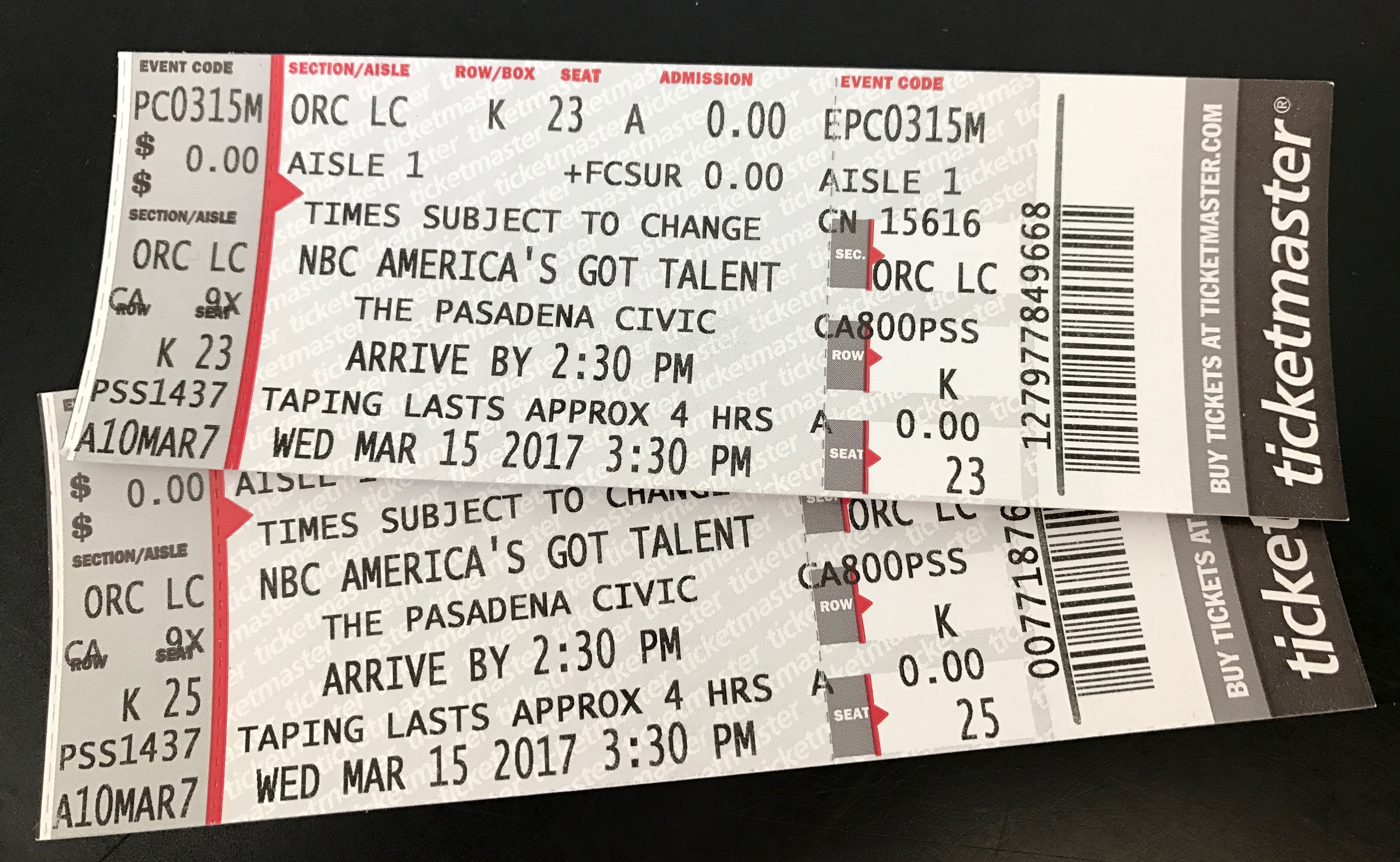 Cyndi got tickets to go see the show and she invited me along… and what a hoot! So much energy in that room! And an amazing amount of talent, as well. The best of that day’s filming was a couple of teen-aged girls, one who was an awesome ventriloquist and one who sang like nobody’s business. Of course, we couldn’t take pics while the filming was taking place so I don’t have any photos of the acts (and I guess I didn’t get any of the hosts, either). There were a couple of people who got axed (or red-x’ed), but by and large, the people on stage were talented and amazing… in fact, there were two Golden Buzzers that day! Two! (If you watch the show, you know how unusual even one Golden Buzzer is but to experience two of them in one taping was a once-in-a-lifetime event for Cyndi and me.) So exciting!

The entire filming process took a couple of hours, and in between acts, there were people who threw t-shirts and other things into the crowd, who kept the energy high, and who filled in empty seats in the front part of the auditorium as people left (you don’t have to stay for the whole taping but if you’re gone from your seat too long, trust me when I say they will find someone to fill it before you get back! No empty seats up front!). This was my first experience as an audience member and it was a lot of fun. Quite the adventure!

We jumped and down, shouted our lungs out, clapped our hands till they were un-clappable, and yes, we’d do it again. In fact, if you want to go, I’ll go with you!

Whatever you’re doing today, have fun!

When you watch the show, look for us – I had on a blue shirt with big white stars and Cyndi had on a white blouse. They told us the segment would probably be cut up into more than one episode for the “audience scenes” so who knows… maybe you’ll see us!

America’s Got Talent… and you can go see it, too!
Tagged on: America's Got Talent    California    day trip    Hollywood    things to do in Los Angeles

8 thoughts on “America’s Got Talent… and you can go see it, too!”