When I think back on how I caught the travel bug, two, well, three separate incidents pop into my mind.  Two of them I remember; one I can only surmise because I was just a wee person and too young to actually remember the specifics.

When I was maybe a year and a half old, my parents left the family town, the place they’d spent years of their own growing up, the place where “the family” lived, the place 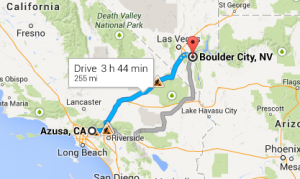 they had roots and connection to, and moved to another state to begin their own lives together, and with me.  I don’t remember this incident but I know it happened – my birth certificate lists a different city and state as the place I came into this world than the one I spent most of my growing up years in.  Moving to another place so young in my life, along with the sense of adventure of starting a new life in another place, is no doubt when I took the baited hook.

A couple of years later, when I was about four, and my younger brother, the new addition to our 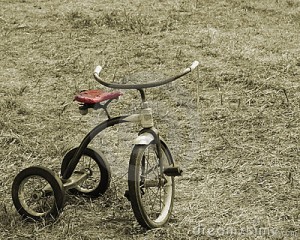 little relocated family, was two, I took off on my tricycle, with him following right behind me, and roamed the streets of the town we were living in, looking for adventure.  I found it in the driveway of a house several blocks from ours – a driveway with a downward slant to it that became our own personal downhill run.  Some time later (hours?), we were found, riding our trikes down that driveway, shouting “wheeeeee!” at the top of our lungs.  The baited hook was firmly set by then.

Not too long after the tricycle incident (but long enough that I was now able to sit again), we, the four of us, took off for a camping trip in a tiny rented travel trailer to Yosemite National Park.  It was my first trip to this park (but wouldn’t be my last, by any means!) and I vividly remember the majestic water falls,

the towering trees, and, probably most imprinted on my brain, the amazing night-time fire falls.  (Crews pushed huge amounts of burning embers over a tall cliff, producing the spectacular vision of fire falling at night.  Fire falls have not been done at the park since 1968. )  The  excitement surrounding those fire falls, both watching them from below and watching the crews at the top push them over, has stayed with me all these decades later.  I had swallowed that baited hook, hook, line and sinker.

Whether for something as spectacular as those fire falls were, or the adventure of finding a driveway to “wheeee!” down, I continue to relish traveling of all sorts – no matter if it’s 100 miles away or on the other side of the planet.  And although my international travel (other than Mexico and Canada) didn’t start until many years later when I was fifty, I’ve sought to incorporate that sense of adventure, that wonderment I get from travel into everything I do.

What adventure awaits you?  Whatever it is, “wheeee!” it up and have fun!

6 thoughts on “Travel – Where It All Started for Me”