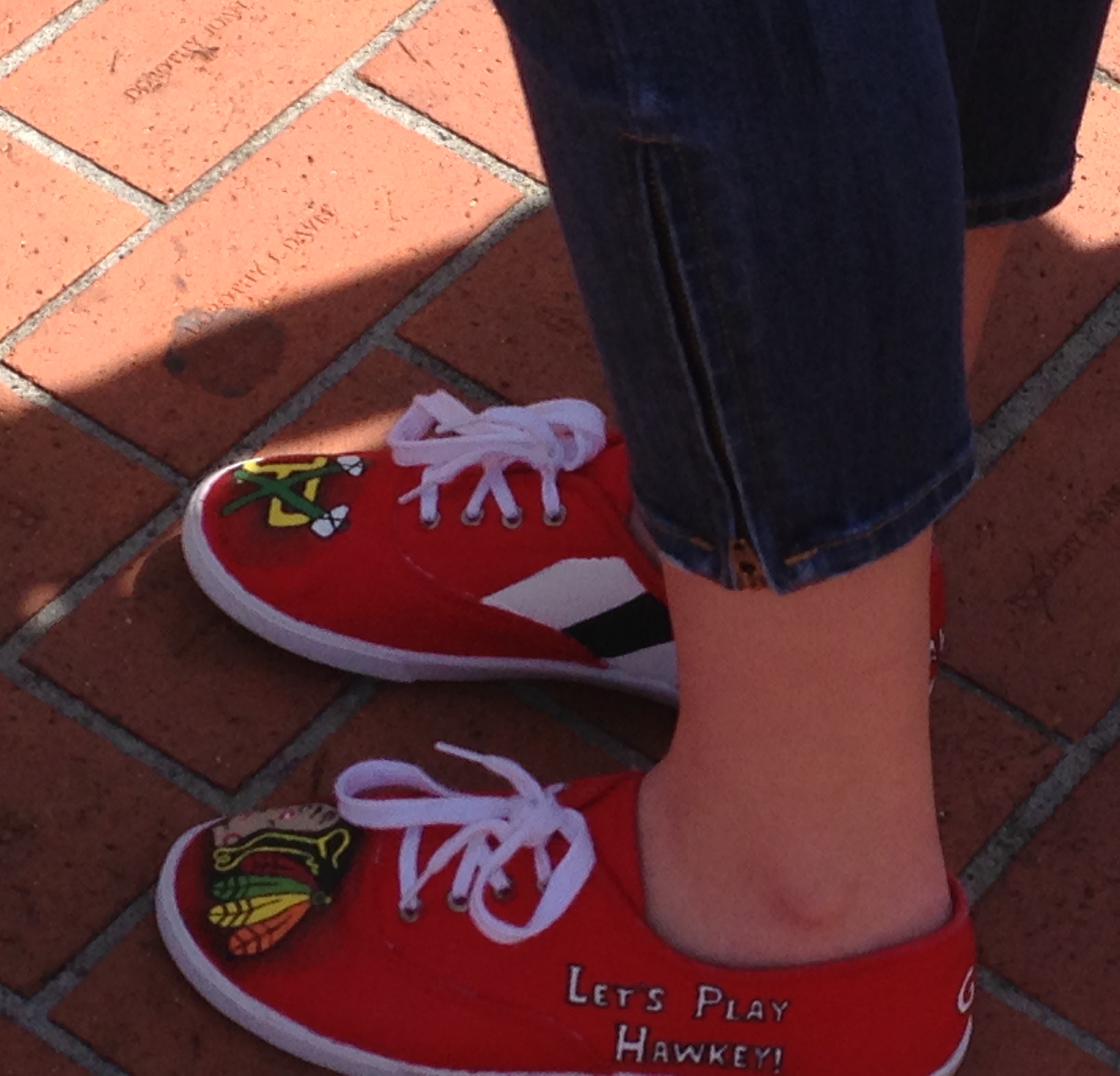 I've been a Winterhawks fan since I moved to Portland, Oregon about 15 years ago.  I'd never been a hockey fan; heck, I'd never even been to a game before!  But I was hooked at the very first game my son took me to back in 1998.

The Winterhawks are a major junior hockey team of boys who are sixteen to nineteen years old (three twenty-year-old over-age players are also allowed on each team) and they play for the love of hockey.  They don't get paid to play but they are all looking for that last chance at the big leagues, the National Hockey League.  Each young man must attend school and keep his grades up – failing grades will see them sitting in the stands watching their teammates playing, which might not seem like a big deal to you and me but these kids play because they love to play.  They don't love to watch it; they want to play it!

As an added bonus for playing in the Western Hockey League (WHL), each player receives one year of paid upper education, such as university or college, for each year they spent in the league – for instance, if they don't go on to play professional or college-level hockey, and they played WHL hockey for four years, they get four years of education paid for.  Sweet deal!

The Western Hockey League is part of the Canadian Hockey League, and like sports everywhere, the idea is to be the best team in your league.  So to do that, the best teams engage in playoffs that eventually results in the number one team in the entire league.

The Winterhawks, or just the Hawks as we like to call them, have won the big prize, the Memorial Cup, twice in their careers: 1982 and 1998. 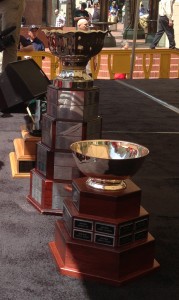 I became a season ticket holder after their last big win and during the time I was attending their games, they also set some records for how bad the team could be – such as losing way more games than winning.  So this year, when the Hawks started playing well, and started winning games, it was very exciting to those of us who love their Winterhawks!  When the team returned to Portland with the WHL Championship Trophy, called the Ed Chenoweth Cup, which is the last step before the Memorial Cup playoffs, a bunch of us fans turned out at Pioneer Courthouse Square to welcome them home.  The crowd was so excited, clapping, hooting, ringing the traditional cowbells!  What fun it was to see the players come off the bus, slapping onlookers' hands, with big smiles on their faces, and road-weariness in their eyes – a day that Portlanders had been looking forward to for a long time!

Enjoy this little video I made of the team getting off the bus – and check out how big that trophy really is!