Being off-grid and out of a signal area means I have not written a blog post in a bunch of weeks. 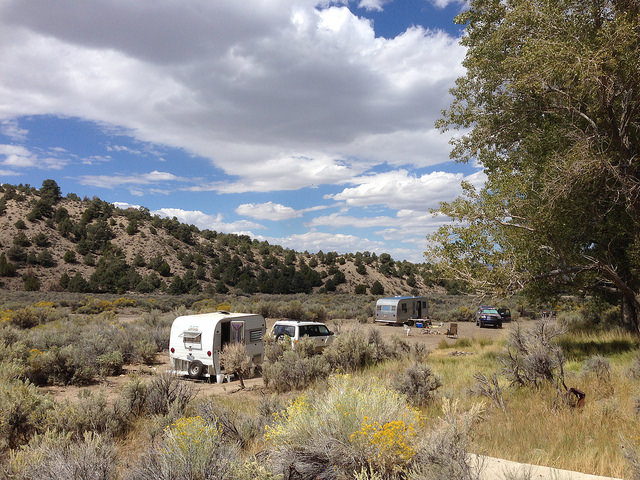 I’ve taken bazillions of photos, though, and for those of my readers who are also friends on Facebook, you know a little bit of where I’ve been these past weeks.

I spent part of September in the high desert of Nevada, southeast of Bishop, CA and east of the High Sierra Mountains.  What beautiful country that area is! And for me, to have spent some days with new friends and not-so-new friends was the frosting on the cake.

There’s something about the desert that settles my soul when I arrive, whether it’s low desert or high. 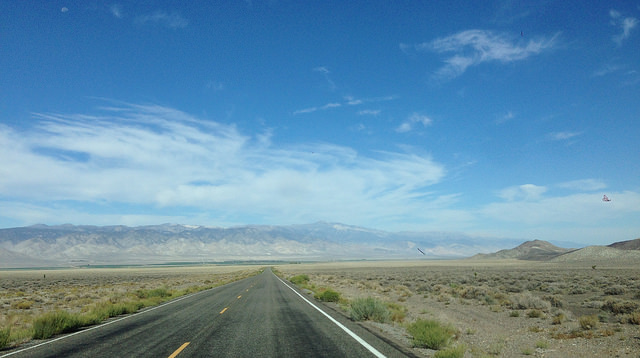 There’s a serenity in the quietness and peacefulness of wide open bright blue skies, vistas that go on for miles, plants that survive and bloom in conditions that can seem harsh to us humans, and little critters that skitter here and there in the cooler evenings and mornings, always resting in the hotter, sunnier mid-days.

The area I landed in, after driving for four long days from the Pacific Northwest, is about 7,000 feet above sea level making it high desert – warm during the day, cool at night.  In September, the temperatures were just about perfect – 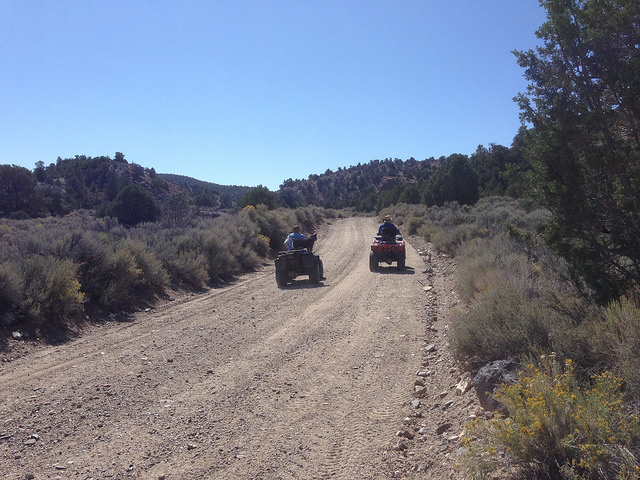 days not too hot, nights only cool enough for a blanket, not a heater. It’s an area of cool-water springs and old mining operations long abandoned after the vein of whatever they were mining dried up.

I enjoyed meeting up with “old” friend, Oakley and his dog, Happy (we met in Quartzsite, AZ, last January at Bob Wells’ Rubber Tramp Rendezvous) – he introduced me to his friends, Herman and Colleen (the only pic I have of them is on their ATVs with their dogs, heading off up the dirt road), who own the horses in my last post and at the end of this one, and the garden where they grow corn on the cob, carrots, tomatoes and so much more… challenging to do in the high desert where temperatures, water and local critters all require addressing in order to have a harvest at the end of all your work! 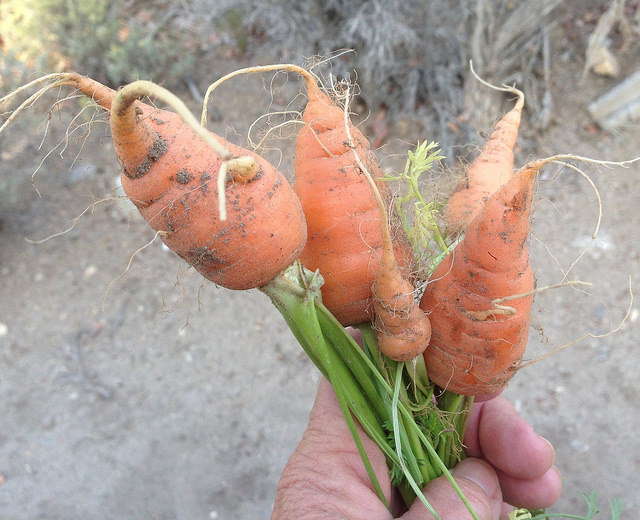 The excitement of the week was a nearby neighbor (read that – miles-away-from-where-we-were neighbor) digging the footings for a future residence and exposing a seep spring on the property so they can have water. I took a ton of photos of the gorgeous blue-sky day, the dogs running around in the mud of the spring, the back hoe, the little bird that flew around for what seemed like hours, checking out the progress of the spring – old building inspectors don’t die; they just hang out at construction sites and take pictures! 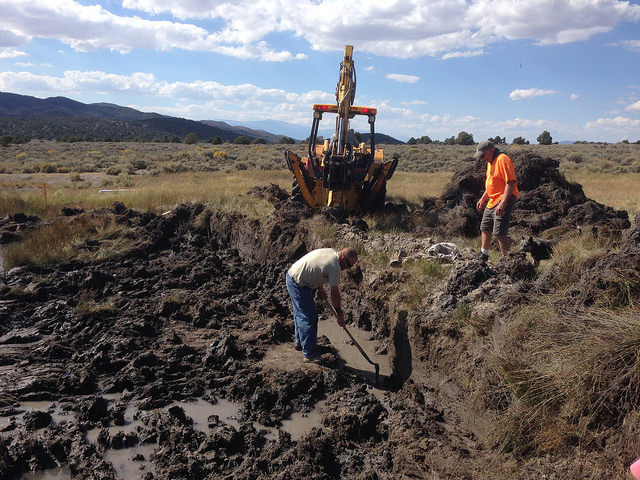 Along with the abandoned mining operations, there are a number of petroglyph sites.  Seeing these old rock “scrapings” from people who traveled through many years ago was a very cool experience – but I did wonder if the elders thought the markings on the rocks were graffiti like we think of the spray-painted tagging that goes on seemingly everywhere today.

Evenings brought beautiful sunsets and a campfire. There’s something about a fire ring that’s so relaxing, whether it’s in the desert or at the beach – of course, roasting marshmallows would have made it even more perfect but the nearest store was an hour’s drive away! 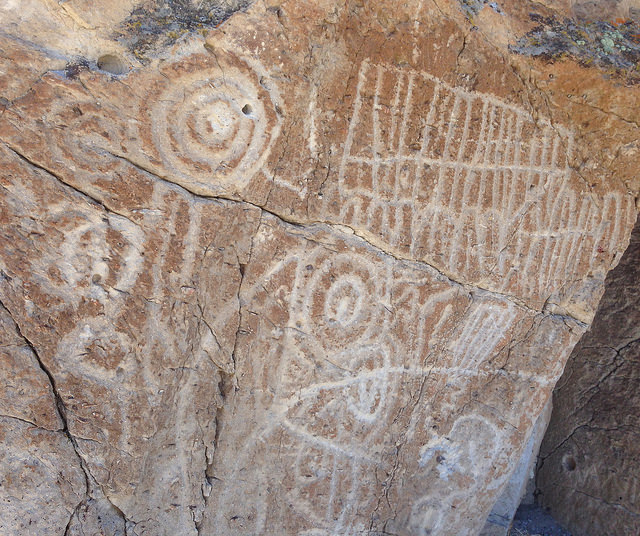 I only spent a week in the high desert before moving on, heading south, eventually to Baja, Mexico, where I took care of a friend’s cat and house while she traveled elsewhere.  Oh yes, two weeks in a house on the beach in Mexico is the next story that’ll be up soon.

In the meantime, happy trails! See you somewhere out on the road! 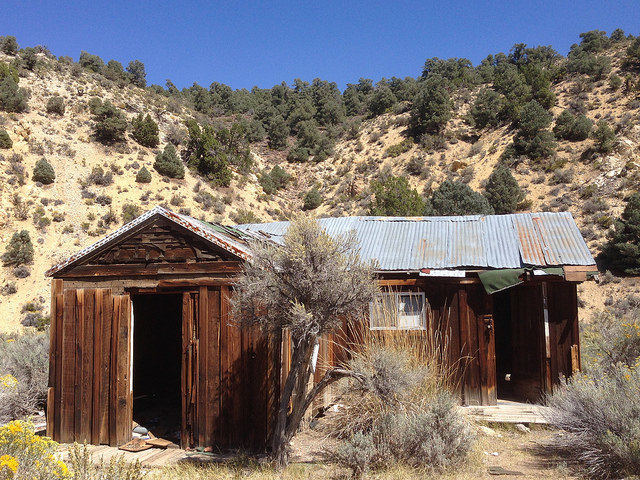 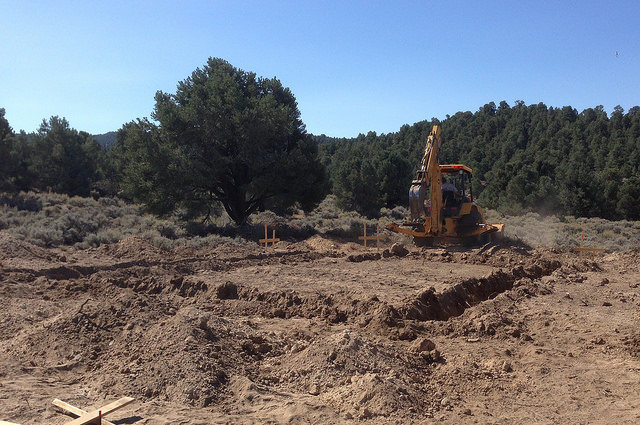 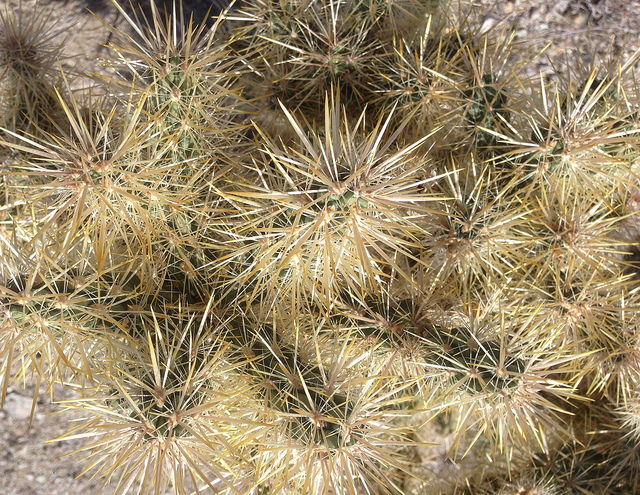 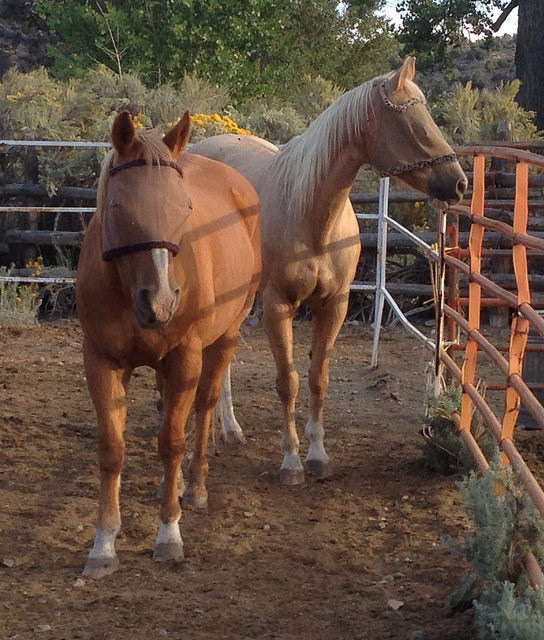 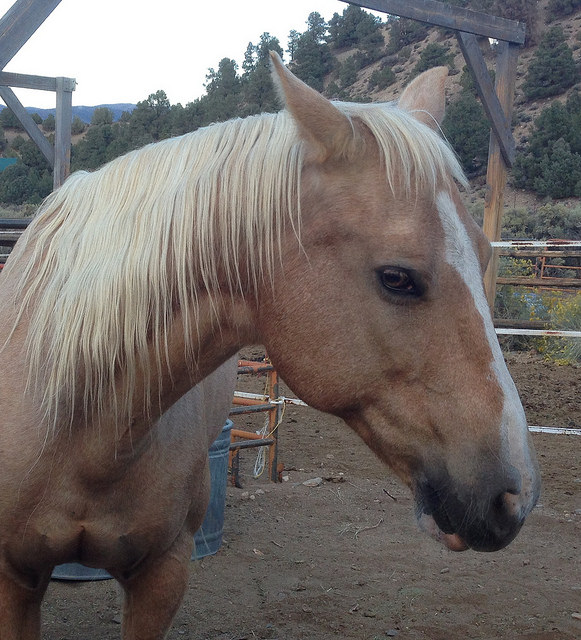 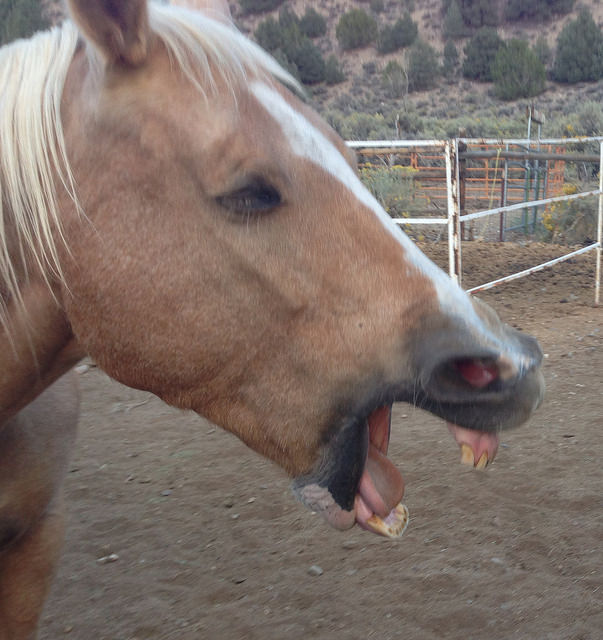 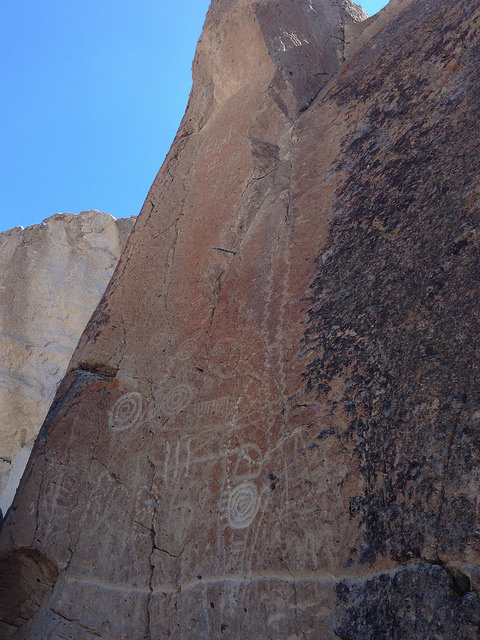 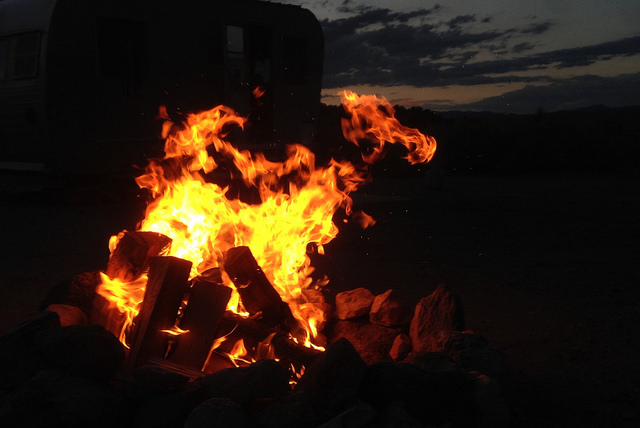 For more of my photos of the Nevada High Desert, CLICK HERE